Microsoft donates $465m worth of free cloud services in a year

Following up on its 2016 pledge to donate $1 billion in cloud computing resources over three years, Microsoft says it provided $465 million worth of free services to non-profit and research organizations in the past year alone. 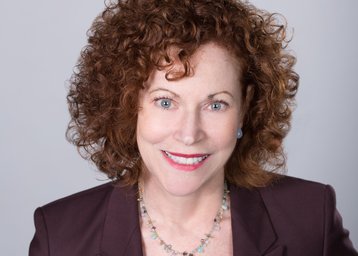 Microsoft Philanthropies, the company’s charitable arm, was founded in late 2015 and pledged to bring technology to those still living out of its reach, for the sake of ”public good.”

The company has also delivered broadband to schools and healthcare centers in 11 countries using TV white space; brought computer science education to 225 schools in the US and provided $30 million in technology and cash donations to refugees and displaced people. The company estimated that the total of its annual donations amounted to a value of over $650 million.

According to Snapp, Microsoft’s mission is to “to realize the promise and potential of technology for everyone” and to “create a strong societal ecosystem that brings the promise of technology to life in our communities.”

There are plenty of other enterprises that choose to spend a part of their profits on charitable causes. Examples include Intuit, which offers its Quicken software to eligible non-profits to promote financial literacy; Adobe, that donated $275 million worth of software between 2008 and 2013, and Cisco, that frequently gives away “all the Cisco equipment and hardware necessary to create a functioning network.”

But before we rush to commend the tech giant for its boundless generosity and selfless nature, we should remember what Microsoft stands to gain here, too - that is, not mentioning that $1 billion represents just 8.5 percent of the company’s annual revenue, and that the pledge spans over three years.

By deploying its services in developing countries where charitable organizations operate, Microsoft will obtain never-before-seen (and lucrative) data sets, gaining the upper hand over companies trying to expand their business there via strictly commercial means. What’s more, offering these services to organizations that may have not chosen to use cloud yet (if ever) allows Microsoft to encroach onto a bigger part of the market.

With its digital inclusion programs, Microsoft will gain the loyalty of a younger demographic who may have otherwise learnt computer science using competitor systems - which, as those of us who learnt to use computers on Windows know, is a hard habit to kick.

All in all, the advantages of cash-splashing far outweigh the mere satisfaction of one’s own benevolence - and a positive reputation can yield great power in itself.