The company responsible for Windows is hiring Linux experts. What a time to be alive

Microsoft has agreed to acquire California-based startup Deis for an undisclosed amount, as it looks to improve support for containerized workloads on Azure.

Deis develops tools to manage application containers based on Kubernetes - an open source framework under the stewardship of the Linux Foundation, which has been rapidly gaining popularity as a method of running apps on a massive scale.

“We are honored to add our experience leading and growing open source projects with large user bases and a diverse set of external contributors,” Gabe Monroy, CTO of Deis said in a blog post.

“Over the years, we have worked hard to be open, reliable, and dependable open source maintainers. From our new home at Microsoft you should expect nothing less.”

The rise of Kubernetes 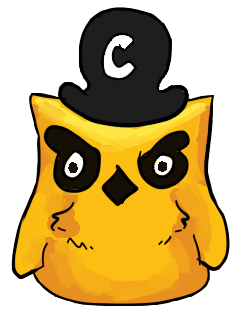 Linux-based application containers package apps and all of their dependencies in individual virtual environments that can share a single OS kernel, which means they require less resource overhead than virtual machines.

Containerization enables easier management and improved portability of applications in cloud environments, and apps based on this technology are commonly referred to as ‘cloud-native’ apps. It is also being promoted as the perfect framework for DevOps workflows, since containers can move effortlessly from development to test to production.

Kubernetes (aka Kube, K8s) is part of a broader set of containerization projects managed by the Cloud-Native Computing Foundation (CNCF) - a recently established part of the Linux Foundation.

Originally developed at Google, Kubernetes enables users to automate deployment, scaling and management of billions of containers. The project has been open sourced barely two years ago but the last CNCF event in Berlin was completely sold out, with 1,500 people in attendance.

Deis (formerly OpDemand) has been working on the eponymous Platform-as-a-Service since 2011. In its early days, the company focused on Docker and ContainerOS but following its acquisition by Engine Yard, it switched its attention to Kubernetes .

Deis is amajor contributor to open source projects including Workflow, a deployment platform for Kubernetes, Helm, a package manager, and Steward, a Kubernetes-native service broker.

“In addition to their container expertise, the Deis team brings a depth of open source technology experience – furthering Microsoft’s commitments to improve developer productivity and to provide choice and flexibility for our customers everywhere,” Scott Guthrie EVP of Cloud and Enterprise Group at Microsoft, said in a blog post.

“Members of the Deis team are strong supporters of the open source community – developing tools, contributing code and organizing developer meetups. We expect Deis’ technology to make it even easier for customers to work with our existing container portfolio including Linux and Windows Server Containers, Hyper-V Containers and Azure Container Service, no matter what tools they choose to use.”

Under new management, Deis has pledged to continue its contributions to open source: “We will continue our contributions to Workflow, Helm, and Steward and look forward to maintaining our deep engagement with the Kubernetes community. The future of open source infrastructure at Microsoft is very bright,” Monroy said.