Meg Whitman to step down as CEO of HPE, replaced by Antonio Neri

Whitman spins herself off

Meg Whitman is to step down as CEO of Hewlett Packard Enterprise, as of February 1, 2018.

She will be replaced by Antonio Neri, currently the president of HPE, who will also join the company’s board of directors.

O Captain! My Captain! Our fearful trip is done 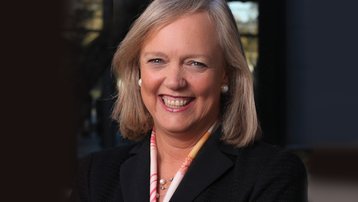 “I’m incredibly proud of all we’ve accomplished since I joined HP in 2011,” Whitman said.

“Today, Hewlett Packard moves forward as four industry-leading companies that are each well positioned to win in their respective markets. Now is the right time for Antonio and a new generation of leaders to take the reins of HPE. I have tremendous confidence that they will continue to build a great company that will thrive well into the future.”

Whitman joined HP a year after her failed attempt to become the governor of California, in a race which cost her $100 million of her own money. Before that, she spent a decade as CEO of eBay.

At HP, Whitman initiated a vast restructuring effort as she took the reins of a legacy business beset by myriad problems.

Under her predecessor Léo Apotheker, whose tenure lasted less than a year, HP lost more than $30 billion in market capitalization as it struggled to adapt to a changing industry, discontinued its WebOS business and made an offer to acquire Autonomy at a 79 percent premium (later, HP announced an $8.8bn writedown on the business).

Whitman’s turnaround strategy focused primarily on cost cutting, and selling or spinning off parts of the company.

In her first year, she announced plans to eliminate around 29,000 jobs - some eight percent of HP’s workforce - and over the following years increased the cuts to 44-50,000. Then, in 2014, she split Hewlett-Packard into two businesses - HP Inc, which took over PCs and printers, and Hewlett Packard Enterprise, focusing on enterprise products and services. Whitman remained with HPE, becoming its CEO, while serving as chairwoman of HP Inc.

At the new company, she continued to reduce costs, selling the Enterprise Services division to CSC for $8.5 billion (the combined entity since relaunched as DXC Technology), and ’spin-merging’ some of the ’non-core’ software assets with Micro Focus in a $8.8bn deal, while reportedly planning to cut another 5,000 jobs.

The company’s share price remains roughly where it was when it was formed, but HPE noted that if you include share buybacks and nearly $18 billion in dividend payments, the total shareholder return stands at 89 percent, “which is more than three times that of the S&P 500.”

Whitman’s departure, which caused shares to drop seven percent in after hours trading, may come as a surprise to some. In July, with rumors swirling that she was being considered as Uber’s next CEO, she tweeted: “Let me make this as clear as I can. I am fully committed to HPE and plan to remain the company’s CEO. We have a lot of work still to do at HPE and I am not going anywhere.”

In a recent interview with The New York Times, Whitman said that she planned to take time off and go skiing, and added that she is the incoming chairwoman of Teach for America. Beyond that, she said, “I don’t know.”

“During the past six years, Meg has worked tirelessly to bring stability, strength and resiliency back to an iconic company,” Pat Russo, chairman of HPE’s board of directors, said. 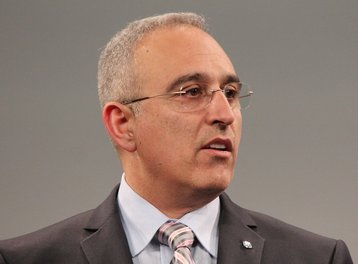 “Antonio is an HPE veteran with a passion for the company’s customers, partners, employees and culture. He has worked at Meg’s side and is the right person to deliver on the vision the company has laid out.”

Neri joined HP back in 1995 as a customer service engineer in a call center, working his way up to running HPE’s Enterprise Group two decades later.

The company added that Neri led HPE Next, the company’s restructuring initiative, although a previous internal memo put it under the control of Jon Faust, SVP of finance.

“The world of technology is changing fast, and we’ve architected HPE to take advantage of where we see the markets heading,” Neri said.

“HPE is in a tremendous position to win, and we remain focused on executing our strategy, driving our innovation agenda, and delivering the next wave of shareholder value.”