The Peelhouses farm Internet hub is given another chance

Pipe dreams can come true, it would seem: a scientific complex including 40 data center modules and a horticultural research unit in the Scottish South Western County of Dumfries and Galloway has received its third planning permission extension following a number of delays on construction. 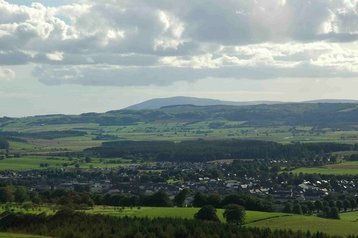 The Lockerbie Data Centres project, which promised the country an ”Internet hub” entirely powered by local green energy, an £800m ($1.02bn) investment and the creation of thousands of jobs, emerged in 2008. The first planning permission was granted in 2010, facilitated by management consultancy firm WYG on behalf of planning and development consultancy firm Blackmore D.

However, the ambitious plans to build 6,800 sq m (73,000 sq ft) of data center space, a technology park, a horticultural research unit, commercial greenhouses and 750 homes failed to meet the 2013 deadline - in fact, the idea of private housing was dropped before planning permission was obtained.

Developers in charge of the project struggled with energy provision and sourcing the right cooling systems for the data center due to a lack of industry specific experience on the contractors’ part.

Then, in 2011, the construction company which held the designs for the complex went into administration.

Planning permission was extended in 2013, but developers failed to meet the 2016 deadline and lodged yet another extension application, which has now been granted, subject to conditions. Under the extension, construction must begin before 2020.