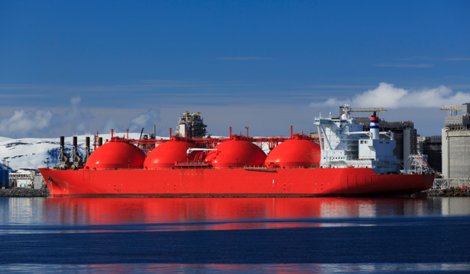 Data centers can be found inside caves, on top of buildings and in the middle of the desert, but to date they haven’t sprung up alongside Liquefied Natural Gas (LNG) plants. But one innovative company says it believes rising concerns with energy costs and emissions could give rise to a mutually beneficial relationship between the natural gas and data center markets.

Massachusetts-based TeraCool says the  vaporization process used when converting cryogenic LNG (at -260°F/-162°C) from liquid to gas after transportation is key to its proposal. It wants to recover energy from this process and use it for data center power and cooling. At the same time, it says the data center can deliver its waste heat for the vaporization process used by the LNG plant to deliver gas into pipelines.

TeraCool president Bob Shatten says his company has developed a ‘risk-free’ technology that enables this process. “It is a concept known as industrial ecology – the mutually beneficial use of waste products,” Shatten says. “Each LNG terminal is significantly colder than the Arctic, regardless of where it is in the world, and we think data centers can use the excess ‘cold’ that is normally wasted during the vaporization process,” Shatten says.

LNG ships are filled with liquefied natural gas that chilled to -260°F (-162°C) for transportation. The gas to liquid phase change reduces the volume by 600x allowing economic transport from remote well-fields. At the receiving terminal, LNG is then heated to ambient temperature so it can be regasified and distributed for domestic use. “We want to recover that cold and use it for data center cooling. And the data center can provide its waste heat for the LNG vaporization process, improving its efficiency and reducing emissions. As we carry out the process of exchanging heat and cold, we can generate electrical power,” Shatten says. “The data center will not need to change its design – we just set up the external process for them and deliver a cold refrigerant, plus electricity.”

Shatten says TeraCool’s heat exchange process takes ‘cold’ from the LNG terminal and heat from the data center and passes it through heat exchangers placed between each facility. He says the great scale of LNG terminals means that the process can be used to cool very large data centers. “We’ve done case studies for up to 90MW IT,” he says. “Most LNG terminals have enough refrigeration to cool a facility of that size.”

The data center does not need to be right beside the LNG terminal – a separation distance of 1 to 2 km is possible – but Shatten makes assurances for the heavily regulated LNG industry just the same. He says there has not been a major safety incident at an LNG terminal for 70 years.

Teracool’s heat exchange refrigeration loop is 90% efficient, Shatten says. Pipes transport cold and hot liquids and gases between the facilities, which pass through pumps and radiators at various points. Chilled water or glycol is then delivered to the data center at 65°F at the same time heat is taken from the data center and sent over to the LNG facility. “Using two refrigerants allows you to extend that distance and reduce costs for piping because a liquid will take much smaller pipe diameters than a vapour will. When the liquid refrigerant becomes a gas, it expands ~600 times, and it is this process that can be used to create electricity by driving a turbine, creating 10MW of more of clean electricity, since there is no combustion.“ (See the diagram for a more detailed explanation.)

There are many mission-critical LNG terminals around the world that are constantly vaporizing LNG. And with new discoveries of natural gas being made the number of LNG terminals is growing. But Shatten believes his technology is best suited to markets where power costs and/or ambient temperatures are high and where emissions reductions are desired.

The idea was originally inspired from possibilities Shatten identified in Everett, Massachusetts, where an LNG terminal lacks energy recovery of this kind and is now interested and seeking a data center to work with in collaboration with TeraCool. But Shatten says Asia Pacific and southern Europe have even greater potential today because of the high amount of LNG that is shipped to Singapore, Taiwan, South Korea, India and Japan, which has the highest number of LNG terminals in the world.

A number of industries have already caught on to the idea of sharing heat and cold with LNG terminals for other applications and the industry is showing similar interest in data centers. TeraCool is talking to LNG providers in France, the US, Singapore, Taiwan and India, and a number of major data center companies.