American cloud provider Linode has opened a new data center in Tokyo, its second in the Japanese capital.

The facility offers access to a number of transport networks including NTT, Tata and PCCW, with more to be announced. Peering is ensured through the BroadBand Internet eXchange Tokyo (BBIX).

With the addition of another data center, Linode’s cloud hosting and backup services are now available from nine locations worldwide. 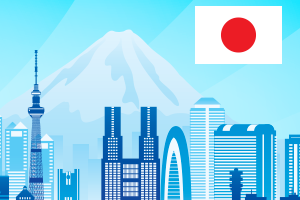 Linode is a cloud pioneer, having offered remote, Linux-based virtual servers since 2003.

The company opened its first European point of presence in London in 2009. In 2015, it set up shop in Singapore with Asian data center operator Pacnet, and launched servers in Frankfurt at a facility run by TelecityGroup.

The company previously said that the demand for its services in the region was outstripping supply.

Linode Tokyo 2 offers all of the features and services seen in its existing data centers, including native SSD storage, support for DDR4 RAM, Intel E5-2680v3 CPUs and 40GbE connectivity to each hypervisor host, at standard pricing.

Customers with Linodes in other datacenters (including Tokyo 1) wishing to move into Tokyo 2 can simply clone their VMs to the new facility.

Earlier this month, Linode completed initial Internet capacity upgrades in all of its data centers, deploying Cisco ASR 9000 series edge routers in order to able to scale its network to multiple terabits.