The new facility in Santiago de Cali is part of the ‘Premier Elite’ range, which means it meets the highest standards of redundancy and security. 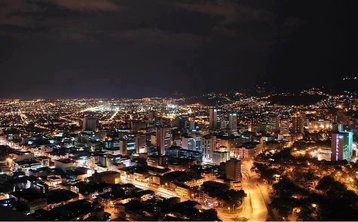 To support its operations, the company and its partners run a network of more than 350 data centers, 17 of them in Latin America.

The company’s latest facility has opened in Cali, a city of two million people in the west of Colombia, near the Pacific coast.

The location wasn’t chosen at random: in 2015, Level 3 already built a subsea cable landing station in Cali. At the time, the company said the new landing station would establish the city as a development hub for the region that would enjoy direct international connectivity to data centers in New York, Los Angeles, Mexico City, Santiago de Chile, Buenos Aires and São Paulo.

“We decided to add this data center in Cali because it is the main urban and economic engine for Southwest Colombia,” explained Felipe Gómez Jaramillo, director for Data Center and Security at Level 3 Colombia.

“Level 3’s fiber optic cable runs undersea for 300 kilometers to the seaport city of Buenaventura on Colombia’s Pacific coast and then 154 kilometers over land to the city of Cali making Valle del Cauca an important city for a data center.”