Fears that Q4 earnings will be further damaged

Kakao Corp's earnings dropped significantly this quarter, and expects to take a sizable hit next quarter in the wake of a data center fire that brought the company's services offline.

The company this week reported that its Q3 net income is only 137.2 billion won (US$ 96.8m), 84.2 percent of the previous year’s. But, according to the report, these findings did not include the cost and aftermath of the fire that disrupted its services last month.

Kakao CEO Hong Eun-taek told investors and analysts that it is expected to cost the company around 40 billion won (~US$28m) as a one-off incident. 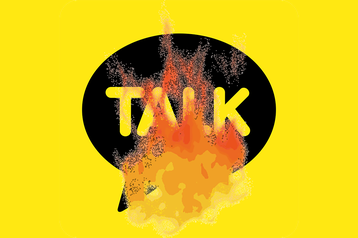 This is the first time in three quarters that Kakao has shown a decline in its operating profit. Kakao has put the dip in net profit down to a base effect stemming from its merger with US content publishing subsidiaries Tapas Media and Radish Media Inc last year.

However, we cannot be certain of the lasting impact of the first that disrupted nearly all online services provided by KakaoTalk, Kakao Pay, and Kakao T, all of which suffered a massive malfunction. Kakao Corp’s shares are currently down 10.38 percent from last month, according to Google Finance.

While Kakao has said it is working on countermeasures and a compensation plan to handle the situation, no set plan has been laid out. Eun-taek informed investors and analysts that "We plan to collect data from our users and partners until Sunday, and then we will announce the guidelines for compensation." Until this has been formally decided, the exact financial impact of the fire cannot be confirmed. The CEO has also said that Kakao will be delaying the launch of its new services for a couple of months to focus on taking follow-up measures for the blackout.

Kakao Chief Investment Officer Bae Jae-hyun has also admitted that the company's earnings growth will be restrained during the fourth quarter, due to the falling revenues of ads and the cost of the data center fire.

The fire that caused massive disruptions to Kakao’s operations happened in an SK Group facility in Seoul. SK Group has taken full responsibility for the fire, the cause of which is still being investigated but is seemingly linked to the facility's lithium-ion batteries. According to local reports, the battery’s management system gave two warnings before the fire broke out; SK denies this.

While Kakao is not responsible for the fire, the company still faces a class action lawsuit over the disruptions as its service did not have back-up and failover plans able to handle the single facility going down.