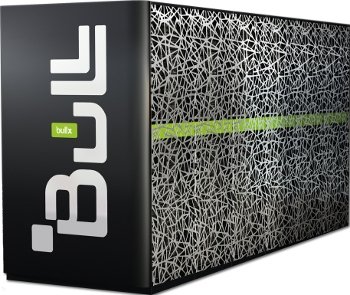 Japanese and French atomic energy agencies, together with Bull, inaugurated the Helios supercomputer that will be used to research nuclear fusion in Rokkasho, Japan, on Monday.

Helios was built and installed by Bull, which also designed and built the liquid cooling system for the Rokkasho data center where the system lives.

Japanese and European scientists will use the system for research under ITER, an international program for research into controlling nuclear fusion and developing it as an energy source.

Scientists have yet to learn how to harness energy from nuclear fusion, the opposite of nuclear fission (process used to generate energy by today’s nuclear power plants). Nuclear fission is the process of splitting an atom’s nucleus into multiple parts, while nuclear fusion is the process of fusing two nuclei  into one larger nucleus, which reportedly creates a massive amount of energy.

Helios will play a key role in the efforts of the French Alternative Energies and Atomic Energy Commission (CEA), the Japan Atomic Energy Agency and the International Fusion Energy Research Center to model key questions scientists need to answer about nuclear fusion.

Philippe Vannier, Bull’s chairman and CEO, was impressed with the work of Japanese partners on the Helios project, considering that the country had just gone through a major natural disaster.

“Our teams have successfully demonstrated their technological and logistical prowess in installing this Petascale supercomputer in under six months, in an area affected by the tsunami a year ago,” Vannier said. “In the face of extremely difficult circumstances, our Japanese colleagues have demonstrated remarkable professionalism.”

Japan has two supercomputer sites that are in the top 10 on the November (latest) Top 500 list of the world’s most powerful supercomputers, one of which is number-one on the list. The top system, called K Computer, is located at a site of the Riken Advanced Institute for Computational Science. It was built by Fujitsu.

The second site is at the GSIC Center of the Tokyo Institute of Technology. This system is called Dawning, and it was built by NEC and HP.

Bull has built a supercomputer for CEA that is number nine on the most recent Top 500 list.