Amsterdam based cloud and carrier-neutral colocation services provider Interxion is expanding its cloud connectivity services to its MRS1 site in Marseille.

Hybrid IT solutions for all 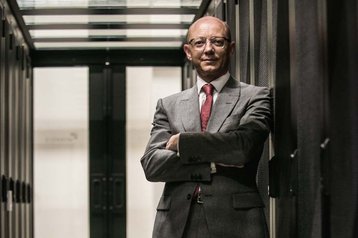 Interconnection services such as Interxion’s (along with simiilar services offered by other large data center players such as Equinix, Digital Realty and Telehouse) are advantageous in terms of latency, security and reliability for organizations desiring to create their own hybrid IT solutions.

Fabrice Coquio, managing director at Interxion France stated that “every organization beginning a migration to the cloud faces the challenge of making the hybrid model work with their existing IT installations. The choice of data center is important because the application data running in different environments need to interact in a secure and high performance manner.”

“As the use of hybrid IT solutions increases, so too does the need for a data center provider who understands the complexities of these environments and has the technical capability to provide easy interconnection.”

France’s oldest city, home to the country’s main port on the Mediterranean Sea, connects it to Southern Europe, North Africa, the Middle East and Asia. MRS1 allows access to 13 submarine cables connecting to three continents other than Europe. It houses over 100 connectivity providers - double the amount it had when the facility came alight in 2014 - and connects to three Internet Exchange points.

Up, up and away

Interxion has been buffering up its data center portfolio exponentially in recent years. In September last year, the company announced plans to expand its presence in Frankfurt, Paris and Marseille, building a new German data center and adding extra equipped space and power capacity to its Parisian facilities as well as MRS1. Earlier this year, the company also unveiled plans to build new data centers in Frankfurt, London and Stockholm.

Marseille will see two new facilities built, too, both located near a new submarine landing station in the Marseille Port area. MRS2 will be built in a warehouse and MRS3 is to occupy a facility used by the Nazis during the war to build submarines.