IBM to offer software through AWS

IBM is to offer its software through Amazon Web Services (AWS).

The US technology firm this week announced that it has signed a strategic collaboration agreement with AWS and plans to offer “a broad array” of its software catalog as Software-as-a-Service (SaaS) through the cloud company’s marketplace.

The deal marks a major concession in IBM's long-running but largely unsuccessful hopes of being a key provider in the cloud infrastructure space. 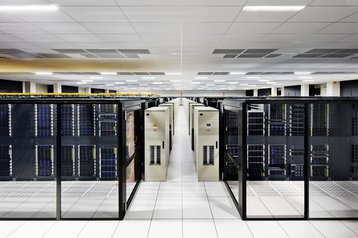 The deal will allow customers access to IBM Software including automation, data and AI, security and sustainability capabilities. The offerings are built on Red Hat OpenShift Service on AWS (ROSA), and runs cloud-native on AWS.

"As hybrid cloud continues to become the reality for our clients, IBM is ready and willing to meet them with a flexible and cloud-native software portfolio wherever they are in the cloud or in data centers," said Tom Rosamilia, SVP, IBM Software. "By deepening our collaboration with AWS, we're taking another major step in giving organizations the ability to choose the hybrid cloud model that works best for their own needs and workloads, freeing them up to instead focus on solving their most pressing business challenges."

"Our collaboration with IBM allows joint customers to accelerate their modernization to the cloud and consume IBM services in a cloud-native manner on AWS," added Matt Garman, SVP of Sales and Marketing at AWS. "Through our multiyear agreement, AWS will work with IBM to offer a broad array of IBM Software as SaaS on AWS. In addition, we'll be working together on stronger joint marketing and co-selling programs for customers."

The two companies are also committing to a "broad range" of joint investments to make it easier for clients to consume IBM Software on AWS, including integrated go-to-market activities across sales and marketing, channel incentives, developer enablement and training, and solution development for verticals and industries such as Oil and Gas, Travel and Transportation, and others.

IBM’s public cloud efforts began when it bought early cloud player SoftLayer and its 13 data centers in 2013 for around $2 billion. It launched its Bluemix public cloud service around 2014, before renaming it IBM Cloud in 2018. Analysts generally show IBM owning a small share – less than five percent – of the public cloud market.

IBM Cloud offers the ability to deploy workloads in over 60 data centers across six regions and 19 availability zones globally.