Henceforth, all IBM cloud products will be known as… IBM Cloud

IBM has announced it is phasing out the Bluemix brand and bringing all of its cloud services under a single banner, called simply IBM Cloud.

Bluemix is a cloud platform for application development launched three years ago, based on the Cloud Foundry open source project.

IBM previously killed off the SoftLayer brand, which it acquired in 2013 along with a robust public cloud business – business that became the foundation on which IBM Cloud was built. 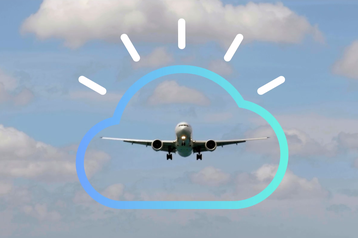 IBM says that its cloud business delivered more than $15.8 billion in revenue over the last 12 months, placing it among the world’s biggest public cloud providers: however the company has struggled with establishing IBM Cloud as a brand as immediately recognizable as AWS or Microsoft Azure.

One potential reason is that this cloud business was built around SoftLayer – a brand that has retains its own identity (and its own website) despite IBM announcing in 2016 that “SoftLayer is now Bluemix.”

The SoftLayer site remains online, but Bluemix is no more, with the platform and services rolled into the main IBM Cloud brand, along with every other cloud product sold by IBM, including the Watson ‘cognitive computing’ platform.

“Today we are excited to announce that we are merging the Bluemix brand with IBM Cloud brand since they’ve grown to be synonymous,” Michael Mendenhall, chief marketing officer for IBM Watson and Cloud Platform, said in a blog post.

“All the Bluemix products, services, support etc that you know and love will continue being offered with no changes, except for a simpler name … IBM Cloud.”

The role of Bluemix within the IBM portfolio was a mystery for the media, and even for IBM staffers themselves: last month at the Cloud Foundry Summit in Basel, I asked two different employees about the fate of this family of products, and got two completely different answers. Neither said the brand was going away.