Big Iron gets a new lease of life

IBM has expanded support for open source software on mainframes and launched two machines that ditch the proprietary z/OS in favor of Linux.

LinuxONE Emperor is essentially a rebranded z 13 mainframe, while LinuxONE Rockhopper is a smaller system based on zEnterprise BC12 hardware. Both are named after species of penguins – a cheeky wink at the Linux community and its mascot, Tux.

IBM has also announced the LinuxONE Developer Cloud, offering free access to virtual mainframes for testing and development purposes, and pledged support to the Open Mainframe Project launched by the Linux Foundation.

The announcements were made on the first day of LinuxCon North America, taking place in Seattle until Wednesday.

Mainframe, but not as we know it 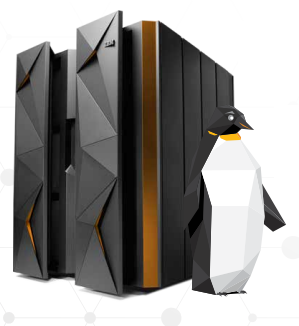 It would be fair to say that Linux powers the Internet – the open source operating system runs on the majority of web-facing servers. But even though the same software has been available on mainframes for the past 15 years, it has been unable to match the popularity of IBM’s z/OS, first introduced in October 2000.

Mainframes are more powerful, more resilient and much more expensive than typical servers, making them suitable for specific use cases in industries like retail or finance. However, as virtualization blurs the boundaries between different types of hardware, these machines find new applications - and in order to support these, the Big Iron has to support Linux.

IBM calls the Emperor the world’s most advanced Linux system, since a single mainframe with 141 processor cores can power up to 8,000 virtual machines. The Rockhopper is aimed at smaller organizations, with up to 12 processor cores.

In terms of operating systems, LinuxONE mainframes will support SUSE, Red Hat and now Ubuntu Linux – the latter announced at LinuxCon. Both SUSE and Ubuntu will support open source KVM hypervisor in addition to IBM’s z/VM.

Users will be able to test drive the new systems through the LinuxONE Developer Cloud. Marist College and Syracuse University’s School of Information Studies – both located in New York - will host clouds for the broader community, while IBM itself will offer a similar service for independent software providers out of its data centers in Dallas, Beijing, and Boeblingen.

In addition, IBM has introduced new elastic pricing for all Linux software, enabling customers to rent the software on a monthly basis and hardware on a ‘pay for what you use’ basis with no upfront cost.

The company says it has given away more than 250,000 lines of mainframe code to the open source community – the largest single contribution of its kind. This code includes tools for mainframe diagnostics, failure prevention and disaster recovery – all included in the new LinuxONE machines, and now managed by the Open Mainframe Project.

“Linux on the mainframe has reached a critical mass such that vendors, users and academia need a neutral forum where they can work together to advance Linux tools and technologies and increase enterprise innovation,” said Jim Zemlin, the executive director of the Linux Foundation.

“The Open Mainframe Project is a direct response to the demands of Linux users and the supporting open source ecosystem to address unique features and requirements built into mainframes for security, availability and performance.”