To date, Apple and Facebook paid just $695,000 in property taxes on their massive projects in Oregon

Crook County in Oregon has lost out on $102 million in property taxes over the past six years due to generous tax breaks given to hyperscale data center operators, according to local news channel KTVZ.

The publication quoted Crook County Assessor Brian Huber, who said Apple and Facebook paid just $695,000 in property taxes on their data centers over the same period.

Last week, Facebook announced it would expand its campus in Prineville, Crook County, adding two more buildings to the site - or another 900,000 square feet (83,613 sq m). 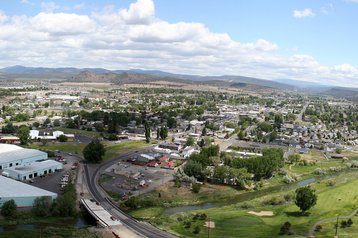 Prineville (a town of 9,000 people) and the surrounding area has been a magnet for hyperscale data center developers. Located in the Oregon high desert, its cold, dry climatepresents the perfect conditions for free cooling, helping cut running costs and improve power efficiency.

At the same time, local lawmakers have gone out of their way to make the area attractive financially, by classifying data centers as the legitimate users of eterprise zones that offer equipement and property tax abatements.

This has attracted big online businesses like Apple and Facebook, which have built up considerable infrastructure in Oregon over the past five years.

Tax breaks for data centers have long been a controversial subject, with researchers questioning the value such projects actually bring to local communities.

At the end of 2016, an assesment carried out by the office of Oregon’s Secretary of State criticized Business Oregon, the state’s primary economic development agency, for liberally dishing out incentives for data center projects.

The auditors found that in 2015, for each data center job the tax breaks brought in, local communities gave up property tax revenue between $87,000 and $800,000.

An earlier report by policy think tank Good Jobs First suggested that local and state governments in the US were sometimes paying up to $2 million for each new data center job.