The new hyper data center is more likely to deploy a combination of free cooling, liquid cooling and water-chilled cooling. If this is a trend, as opposed to a small number of experiments, then the cooling market could feasibly change.

Climaveneta has just won the contract to supply the 28MW capacity cooling system for the Chinese Super Computing Center (Wuxi). Wuxi came from a joint investment established in 2006 by the Ministry of Science and Technology and the Wuxi Government and is alleged to be one of the most advanced high-performance computing platforms in the world. 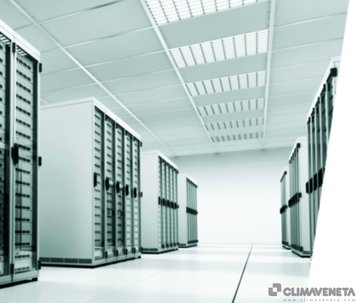 Since the new supercomputer performs at 100 petaFLOPS (Floating-point Operations Per Second) it requires massive cooling to very precise perameters.

This has driven a lot of change and enabled traditional air conditioning manufacturers like McQuay, Trane, Carrier, JCI, Daikin and others to participate in the data center cooling market. Data centers in general are evolving rapidly.

The standard design that was common in the last two decades is giving way to more flexible configurations that more closely match the sophisticated needs of more discerning, better informed customers.”

Lone Hansen, Manager, I.T. Cable Group, said: “Most of the large hyper-scale data centers have a centralised team that will develop the specification with regards to IT equipment and networks, cooling and power.

“The specification will typically be rolled out globally and include several (often three to four) approved suppliers in each product category. A global footprint is an important part of the selection criteria. Most value multiple source relationships as opposed to single source relationships. Some of the products are sourced direct from the suppliers to reduce the cost while others are bought through distribution.” 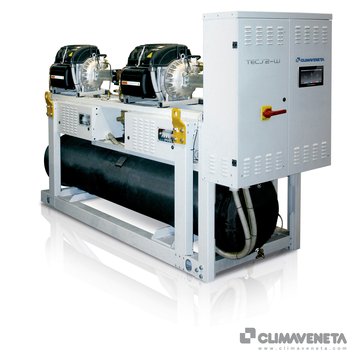 Don’t just chill - recover rejected heat and use it

At the Wuxi data center free cooling operations start when the external temperature is 15°, extending the energy saving advantages offered by this technology. The heat rejected by the chillers is recovered by heat pumps, providing free heating to the 20,000m2 office area next to the data centre, with no CO2 emissions on site.

In other words, by installing a Climaveneta heat pump or chiller it is possible to cool the datacenter and to recover the waste heat to provide the comfort in the close-by rooms or for domestic hot water production.

In this way it is possible to reduce energy waste, improving the building’s green certification rating and obtain considerable annual savings.