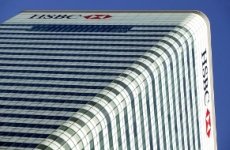 London-based banking giant HSBC has cancelled a 2008 plan to build a data center in York, UK, citing a decision to use its existing data center capacity instead, according to a BBC report last week.

The company applied for a planning permit for the 325,000-square-foot facility in November of 2008, according to a finextra.com report. The £300 million project was highly anticipated by the local government, which expected it to create up to 2,000 construction jobs in the area and generate £2 million in new income for the local economy.

When HSBC filed its planning documents, it said the facility would be the company's largest data center in the world. BBC said the planning permission was given in February, 2009. HSBC's other mission-critical facilities are in Hong Kong, Chicago, Ill., in the US and in Mexico City.

BBC quoted the bank's CTO Ken Harvey as saying, "Since 2007 we have been investing heavily in our data centre capacity in the UK, recently opening a new centre in Hertfordshire, with another in Yorkshire coming online towards the middle of next year.

"We have determined that we can meet our foreseeable short and medium-term European business needs with this expanded capacity and through better utilization of our global data centre network. This was not an easy decision, but it is the right decision for our business."