HP Moonshot - defined by the use-case 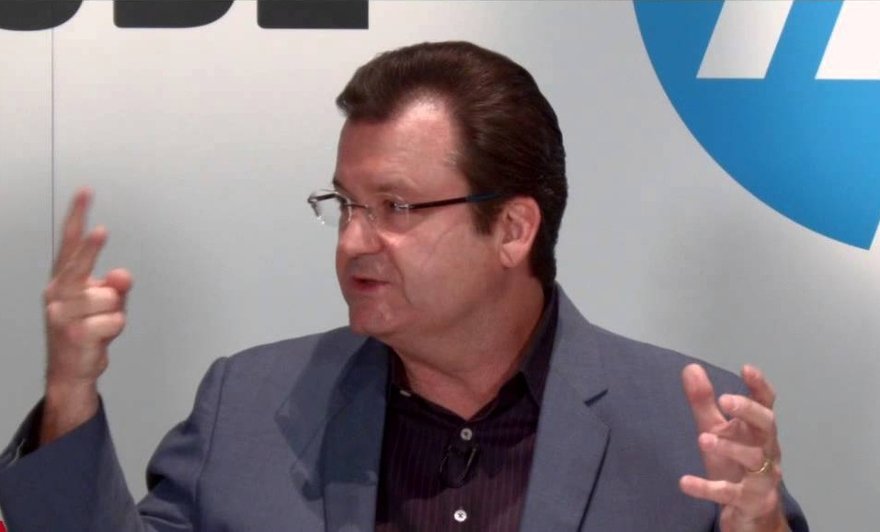 Even though servers are getting more powerful, data centers keep on expanding to meet demand. You might think that someone would be working on more densely packed architectures to squeeze more servers into a given amount of rack - and you'd be right.

Since early in 2013, HP has been building a line of high-efficiency servers called Moonshot. The servers are modules, custom-tuned for specific classes of workloads and use cases, which slot into the Moonshot chassis. Today sees the launch of its latest Intel-based systems. But how does the company go about creating Moonshot modules?

Rather than roll out new models every time Intel or AMD releases a new processor, HP’s Moonshot team concentrates on designing the most resourceful systems they can produce in a minimum of space, for accomplishing specific jobs inspired by at least one of its own customers.

"Moonshot is the long tail for HP services," says Dr. Tom Bradicich, the HP server division’s vice president of engineering and Moonshot’s principal architect, in an interview with DatacenterDynamics. The long tail is the back end of a product’s demand curve: after introducing it, the producer can afford to address ever-smaller groups of buyers who need more customized options.

"Other servers are general-purpose, are somewhat monolithic, and are very replicated," Dr. Bradicich continues. "But with Moonshot, we customize and optimize for the workload and for the task at hand. And that’s why we have many variations... Because we are in the long tail, it drives what customers, workloads, and market segments we go after; and then specifically in my role as Vice President of Server Engineering, what I built and how I have to build them."

Unlike most every server line HP has produced (or acquired) up to 2013, Moonshot is processor-agnostic. Depending on the workload Bradicich and his engineers are tuning for, a server cartridge may be based on Intel Xeon, Intel Atom, AMD, ARM32, or ARM64. It may include embedded GPUs, DSPs, or FPGAs. And by HP’s estimate, it may consume one-tenth the energy and one-fifth the space of a conventional server performing the same workloads, at about one-fourth the cost.

Think of how Carroll Shelby used to trick out Ford Mustangs in the 1960s, but imagine if in the process, he shrunk them down to the size of a die-cast model.

Thursday morning, HP announced a handful of new Moonshot buildouts, again inspired not by the need to exploit newer hardware and drive planned obsolescence, but instead by real customer workloads and their constraints. The inspiration for one new model was 20th Century Fox, which found itself migrating its video assets off of the public cloud after leaked copies of its unedited films were widely pirated. Fox is no longer a sprawling studio complex, but a worldwide network of producers who would now prefer their valuable assets be as close to them as physically possible. 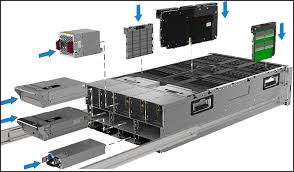 It’s a process called "repatriation," and Bradicich took up the challenge of designing a Moonshot that could transcode video in multiple processes simultaneously, while serving applications to the producers’ worldwide offices, while simultaneously acting as the corporate Web server. All in a size that’s more like a closet than a data center.

For this task, Bradicich built on top of the ProLiant m710 chassis, effectively reducing it to a cartridge just larger than an old 45 rpm record.

"This solution is insanely great, and let me tell you why," the chief engineer starts up. Customers need virtual desktops, and there are many ways to host them. Application delivery through Citrix’ streaming XenApp is, says Bradicich, the least expensive option.

If you ask Citrix, they’ll tell you video rendering delivery is one of its strong points; but it’s easy to find documented cases of exactly what Tom Bradicich is saying: process breakdowns when the GPU rendering tasks become especially difficult. That’s a problem, you might think, for a movie studio or a company that bankrolls movie studios. Non-linear editors are about as rich an application as you can possibly have.

One solution would be to endow all the client-side PCs with workstation-class CPUs and gaming-class GPUs. One alternative might be to employ a high-power server with a faster virtual environment across clients, enabling VDI.

Showing off at Synergy
Last May, at the Citrix Synergy conference, Intel unveiled its first low-power Xeon E3 processors with built-in Iris Pro GPU capability (Intel’s counterpart to AMD’s APU processors). It was there, on-stage with Citrix and Intel, that Dr. Bradicich introduced a demo of some of the richest apps there are: Autodesk 3D rendering, real-time satellite imagery, and real-time Photoshop image manipulation, running on an HP laptop way too small to possibly run all of these apps locally.

"The combination of what I did using their [Xeon E3] processor in the server gives breakthrough economics, because one can use a rich app delivery model — not just the mediums or low ones, right, but the highly graphical ones — using the cheaper, lower-cost XenApp technology, if you do it on the m710," he remarks. "And right now, one can access Adobe Photoshop on a Moonshot in a data center in Santa Clara from your telephone or your laptop, over the line without it running on your device."

It’s the first permutation of Intel’s highest-tier built-in graphics being leveraged to produce imagery for real-time streaming delivery. Conceivably, you could run real-time movie-resolution rendering on your Android phone or your iPad.

In a separate effort to produce the highest-density compute system possible for businesses for which hybrid cloud is not an option, Dr. Bradicich and his team announced a Moonshot model based on HP’s ProLiant m350 server, which uses Intel’s Atom C2730 processors. This model is being tuned for certain startup companies that are hosting worldwide services from their lofts, and again cannot afford the risk of the public cloud.

What HP accomplished fits in a medium-sized suitcase. And as I calculated myself, in the area of a typical 1U server, this Atom-endowed Moonshot contains some 350 concurrent cores.

"You can define efficiency as low cost, fast time to market, high availability, ease of use. But in the modern data center and cloud infrastructure," HP’s chief server engineer tells us, "a plurality and diversity of solutions that are right-sized, optimized for workload, will yield the most efficiency."

But why not offer a higher-power tier, perhaps based on Intel’s Xeon E5 series, I asked him? "One of the value propositions of Moonshot to achieve the optimization is not to overpower it but to right-power it. Therefore we are leveraging a trend that the industry is driving: the graduation of embedded devices into enterprise capability."