HP and Foxconn will create a new class of servers 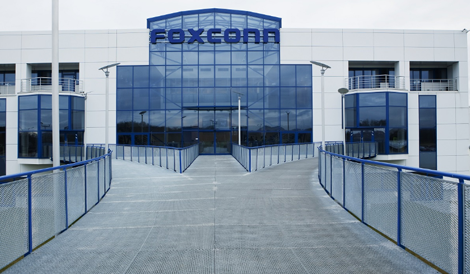 HP and Foxconn are teaming up to jointly create a new line of cloud-optimized servers aimed at service providers.

The new range is in response to demand for a new server design that combines cloud solutions expertise, quick customer response and volume manufacturing, according to the partners.

Analysts at IDC have predicted ‘hyperscale growth’ in the market for servers used for hosting, with a compound annual growth rate of 15 to 20% predicted between 2013 and 2018.

The new product line will complement HP’s existing ProLiant server portfolio, including Moonshot, but will specifically target the computing needs of the world’s largest service providers.

The partners claim they will offer lower costs of ownership with economies of scale, in addition to better service and support.

Meg Whitman, HP’s CEO, described the ‘relentless demands for computing power’ that are forcing customers and partners to adopt a new style of IT characterized by massive scale system designs.

“Foxconn’s high volume design and manufacturing expertise and our computing and service leadership will be [be a game changer] in infrastructure economics,” said Whitman.

Together, the partners are capturing growth in this emerging market and expanding their global leadership, he said.

HP already has a strong partnership with Foxconn. In Europe it uses its Kutna Hora facility to produce containerized data centers – including its EcoPOD – and to meet manufacturing demands for its 3Par storage and other product lines.

HP ships its PODS to Kutna Hora’s Czech facility for certification and validation for EU standards. You can read more about its previous arrangement in Europe with Foxconn here.