Advania, Cyfronet, Divia, exoscale, HPE, Huawei, IBM, Indra, RHEA Group, T-Systems, and SixSq are all competing for the right to work with CERN and ESA

Helix Nebula, a European Union project that aims to establish public infrastructure designed specifically for the needs of the research community, has selected the vendors that will supply it with software and equipment.

The tenders have been awarded to four public-private consortia, which will now attempt to build a secure virtual environment for Europe’s 1.7 million researchers and 70 million science and technology professionals. 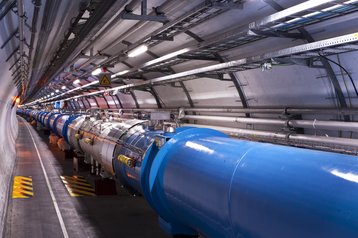 The Helix Nebula Scientific Cloud (HNSciCloud) project was set up by a number of research organizations including the European Organization for Nuclear Research (CERN), the European Molecular Biology Laboratory (EMBL) and the European Space Agency (ESA).

The project aims to create a hybrid cloud that would enable data sharing across borders, and would be free at the point of use.

The tender process was launched in July 2016 with co-funding from the EU’s Horizon 2020 Research and Innovation Program. Tenders, initially worth €5.3 million, called for the design and implementation of Infrastructure as a Service (IaaS) solutions for compute and storage, networking, identity management and payment processing.

Helix Nebula received 28 proposals and chose four winners, which will now go on to the Design Phase of the process.

The winning consortia are:

The winners will develop their proposals into working models in order to compete for inclusion in the Prototype Phase, but only three of the best will make it.

“We are very pleased with the response to the tender and we would like to thank all the organizations that took the effort of submitting a bid. We realised it was a lot of work for those companies and we want to acknowledge it,” said Bob Jones, coordinator of HNSciCloud for CERN.