Barely a year and a half after its first data center in Singapore is up and running, Google has announced that it is working to build its second data center in the small Southeast Asia country.

“When we started building our first data centers in Asia back in 2011, we knew we were going to have to work hard and fast to keep up with the region’s growth. Even then, Asia surprised us,” wrote Joe Kava, the vice president of data centers at Google in a blog entry. 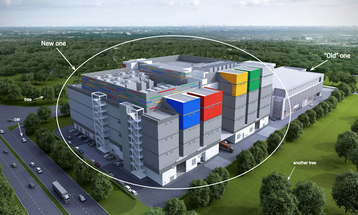 According to Kava, the new multilevel data center will be located on a plot of land next to the current data center, and will be larger than the first. The new facility will be brought online starting in mid-2017, and will take Google’s long-term investment in its data center infrastructure in Singapore to US$500m or over US$1bn in Asia as a whole.

The other data center that Google operates in the region is located in Taiwan, which was built for US$600M, and saw Google putting in an additional investment of $66.4M earlier this year. A third data center that was planned in Hong Kong was abruptly scrapped around the end of 2013 with Google citing cost and the difficulty of acquiring “spacious land” there.

The cryptic explanation makes much more sense in the context of Google’s second data center in Singapore. While adjacent data centers – or even one in close proximity – is a definite no-no for practically all other data center operators, doing this gives Google the unique ability to leverage practically infinite bandwidth between its servers at negligible cost.

As it is, senior executives from Digital Realty and Equinix had separately praised the support of the Singapore government when it comes to acquiring land and clearing regulatory hurdles on the data center front. This had no doubt made it significantly easier for Google to secure its second plot of land in Singapore.

We have to learn how to build multi-story data centers

On the other hand, land constraints and plot development ratios in Singapore meant that Google had to build upwards. When we spoke to Joe Kava last year, he shared about how the team overcame challenges to build the company’s first ever multi level data center here.

“We have to learn how to build multi-story data centers. We have to change the engineering a little bit. But it’s all very do-able, it just caused us to re-think the right way for Singapore,” said Kava.

It is understood that the new Singapore data center will incorporate various energy-efficient and environmental friendly strategies used by Google in the first datacenter, including the use of recycled water (NEWater) for its critical operations.