Following the announcement that it would open a London region back in September 2016, Google has officially launched its cloud presence in the British capital.

Specific details about the data centers comprising the ‘europe-west2’ region were not shared.

Not on Google Maps 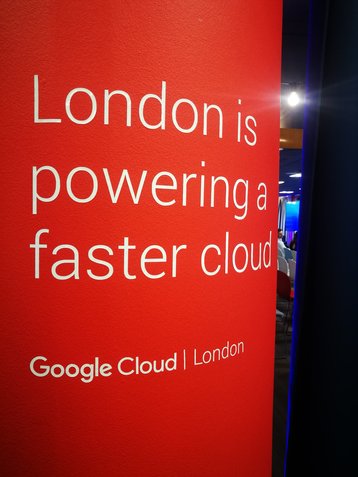 “We don’t say for a number of reasons, but one is that our customers are actually really keen on not having people know exactly where their application is hosted,” Benjamin Treynor Sloss, VP of Engineering at Google, told DCD.

“In reality, terrorism or intentional sabotage is a non-event, but it doesn’t matter - psychologically, I don’t want you to know where my data is.”

Google was even reticent to share the number of data centers comprising the region, but Sloss told DCD: “Typically we offer three data centers. Three seems to be the number everybody wants.

“They tend to be quite close - what you want is sufficient redundancy so that no normal physical event would ever affect more than one of them at a time, but other than that, you want them as close as possible because often what people do is replicate data back and forth between them, so sub 1ms latency is kind of the target.”

At a launch event celebrating the new region, Karen Bradley, the UK’s Secretary of State for Digital, Culture, Media and Sport, said: “I am so grateful that Google has put this vote of confidence into the UK’s economy.”

Future confirmed Google Cloud regions in Europe include Frankfurt, the Netherlands and Finland. The company is also reportedly aggressively considering a Luxembourg location.

While we were trying to get Sloss to confirm the location of the London data centers - we would place our bet on the data center hub of Slough - he shared his views on why software is the most important factor in facility design.

He said: “When you think about data center design, think about the failures that you’ve heard of over the last five years, and ask how many of them had to do with the building or the location, or the design, and how many of them had to do with software? Amazon’s huge outage back in February, the classic example, they use a very cookie cutter design, but it doesn’t matter, it was entirely a software issue and it was global and four and a half hours.”

When DCD mentioned the recent BA outage that appears to have been caused by hardware failures, he retorted: “I haven’t seen the final post mortem, but they talked about how they have two sites, a main and a backup… so that sounds like software to me. Physical stuff fails all the time, that’s normal - cables fail more than a data center does, but you have to know that it works even when something physical fails. Having no privileged information at all, to me it sounded entirely like a software problem - like really your backup site doesn’t work? You might want to know this.”