Google this week held a groundbreaking ceremony to mark the start of construction on a data center in Henderson, Nevada. 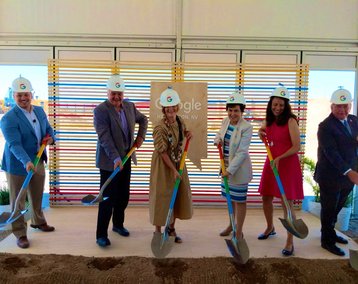 In a blog post announcing the event, Google's president of partner and industry platforms, Tariq Shaukat, said that the "celebration was attended by Senator Catherine Cortez Masto, Senator Jacky Rosen, Representative Susie Lee, and Governor Steve Sisolak who spoke about how Google continues to invest in the state by bringing tech jobs to the area, giving local non-profits access to over $1 million in funding, and providing additional support for small and large businesses in the state."

The $1m in non-profit funding will be awarded via the 'Google.org Impact Challenge,' where contestants "submit their biggest and boldest ideas to create economic opportunities for their communities" to a panel of judges. Five submissions will be awarded $175,000, and then the public will vote to give one of the five an extra $125,000.

"As we break ground on our newest data center, we’re not only investing in a facility in Nevada, we are investing in Nevadans in all corners of the state," Google.org VP Jacquelline Fuller said in a blog post.

Google received $25.2 million in tax breaks for the $600m project. The company acquired the 64-acre site on Warm Springs Road for $19m, while hiding its identity - Google operated under the pseudonym Jasmine Development LLC as it negotiated early contracts.