German hosting and data center firm Hetzner has expanded in the US, but instead of opening a data center of its own there, it is offering cloud services from a colo facility in Northern Virginia.

The company this week announced it is now offering its Hetzner Cloud from servers in Ashburn, Virgina, the company’s first location outside of Europe. Rather than building its own facility in the state as it has in Europe, Hetzner confirmed to DCD it is taking space in a colocation facility in Virginia. 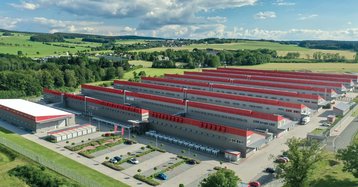 Founded in 1997 and headquartered in Gunzenhausen, Hetzner offers cloud, web hosting, and colocation services. The company is not currently offering colocation in the US.

The company also has a campus in Tuusula, Finland which was expanded up to 6MW in December 2020. Two more buildings are in development on the site.

Earlier this year DCD reported that Hetzner was aiming to purchase 50 hectares of agricultural land next to the Scheupeleinsmühle industrial park in the Bavarian city of Gunzenhausen in southern Germany, in order to build a solar park and data center.