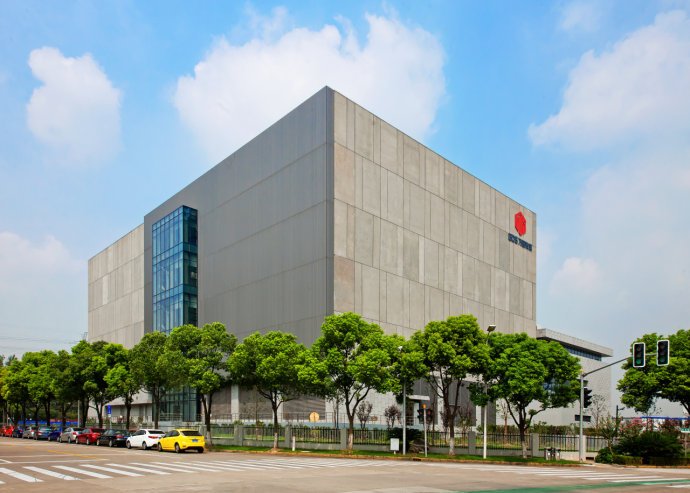 In recent years, cloud computing has become a key concept that no data center service provider both home and abroad can afford to neglect. International players including IBM, Microsoft, and Amazon, domestic players including Huawei, Lenovo and Inspur are reforming their traditional business models to embrace the cloud era.

GDS, a  Chinese IT service provider with 17 high-availability data centers across the country also felt the profound impact exerted by this cloud revolution and has been transforming its role to help enterprise customers to transfer their IT infrastructure to cloud computing platforms.

A booming market
As an internet-based model for adding, using and delivering resources and services, cloud computing has been gaining popularity for its rapid deployment, flexibility, and high cost- performance ratio.

Developing countries, including China and India, thanks to the incentives provided by their governments, are growing even faster than more mature markets in Europe and North America.

The Chinese market is seen as a fertile land for exploration by many international cloud providers. Following the steps of Microsoft which rolled out its Azure cloud in China by partnering with 21Vianet, IBM and Amazon Web Services have also launched their respective cloud services in this market by cooperating with local partners.

GDS does not want to miss the opportunities provided by China’s cloud market either. Dr Les Zhang said domestic cloud market is mainly driven by gaming service providers, e-commerce websites, micro and small enterprises and individual users, and most of China’s enterprises have not migrated to cloud yet.

“How to build a highly available cloud service platform to serve the 43 million enterprises in China is our dream. It is also the strategic development direction of GDS,” Zhang added.

As a matter of fact, GDS started its cloud initiative several years ago. According to Yilin, the company implemented virtualization-based projects for customers as early as 2010. In 2012, GDS partnered with Softbank China Venture Capital to develop vCloud cloud data center service based on VMware platform, and then Elastic Cloud Computing (ECP) platform.

In the middle of this year, the service provider cooperated with Huawei to jointly cooperate on building the Chengdu Industrial Cloud for Chengdu Municipal Government.

A ‘Different’ Cloud Strategy
China’s cloud market is already crowded. Both Microsoft and IBM have partnered with 21Vianet to roll out Azure and CMS cloud respectively. Amazon has introduced AWS cloud to China by cooperating with Sinnet and ChinaNetCenter. In addition, the market also has very influential internet players including Baidu, Alibaba, Tencent and Grand Cloud.

Both Yilin and Les Zhang pointed out that GDS’s approach to cloud will differ from all of those cloud service providers mentioned above.

In our exclusive interview, Yilin said all those cloud service providers have different DNAs. “Microsoft’s Azure cloud bears the influence of the vendor’s origin as a software giant. Through Microsoft’s cloud platform, China’s users will enjoy its Azure cloud and the vendor’s copyright concern can also be addressed. Aliyun stems from its e-commerce business, and is mainly targeted at individual users and developers who pursue high cost-effectiveness.”

Yilin admitted that AWS is undoubtedly the king of the global cloud computing market, as statistics show that the market share of the cloud giant is equal to the total of the next 15 cloud service providers.

“AWS was created when Amazon, the online book-seller, began to sell its excess computing power to customers. The company has rolled out many advanced technologies and innovations; however, most of the time, it develops all those things from its own perspective, and it still takes time for getting widespread customer acceptance.”

Les Zhang added that GDS also differs from AWS in terms of customer perspective. “GDS has 15 years’ high availability service experience, and has served more than 200 enterprises across various industries, which brings its in-depth understanding of customer requirements. This enables GDS to build service platforms from the customers’ perspective, hence delivering the benefits of cloud to customers.”

In this cloud revolution, GDS will be open to extensive partnerships for integrating a rich variety of resources to meet enterprise customers’ diversified requirements. “GDS will, by taking advantage of its key strength, introduce advanced technologies of various vendors to deliver customized cloud solutions to customers. This differs from the standardized services offered by both Amazon and AWS,” Les Zhang said.

By partnering with VMware and NetApp, GDS has developed a cloud suitable for users that prefer to use international brands and aim for a high price-performance ratio. For those who do not want to be locked into one particular supplier, GDS can also provide open platforms based on Huawei’s solutions and OpenStack technologies.

“GDS is different from the standardized platforms provided by Microsoft and AWS. GDS allows some degree of customization for users, including using their own firewall and adding their own storage devices,” Yilin said.

GDS has signed up many enterprise customers including the Denmark-based beer manufacturer Carlsberg, Unilever, Chubb Insurance (China) and Chengdu Municipal Government. “GDS will take into account users’ requirements for compliance, security and availability. Not only are no-critical applications running on our cloud platform, critical applications of certain industries including insurance and banking will also gradually move to our platform,” said Yilin.

“Currently, GDS operates three cloud data centers in Shanghai, Chengdu and Hong Kong, and is planning to roll out cloud offerings in its Shenzhen and Beijing facilities in the future,” she said.

Yilin said a cloud data center must be a facility featured by top Tier standards, high density and high cooling demands. “All of GDS’s cloud data centers are configured with such standards. All those cloud nodes are connected with internal backbone networks for ensuring redundant backup and continuous operation.”

Availability is the key for cloud services. However, as big cloud players including Microsoft, AWS and Rackspace have experienced cloud outages; absolute high availability seems to be an impossible goal.

Yilin believes that highly available cloud mainly depends on the design of data center architectures and the improvement of monitoring and maintenance mechanisms. “To enhance availability from 99.9% to 99.999%, we firstly need to enhance the architecture by configuring redundant servers, storage and network systems. This also involves the selection of devices, the monitoring devices in particular,” she added.

Don’t forget operations and maintenance
Les Zhang believes that high-quality operations and maintenance staff are necessary to ensure highly available cloud services, and they need to follow certain technical standards and methodologies: “In the era of cloud and big data, data center maintenance and operation has emerged as a very big challenge. The maintenance and operation standards for cloud platforms were proposed in the ISO 20000 IT service system in 2013, and are expected to roll out officially in 2016,” he said.

He advocated the “One Object, One Label” principle for standardizing data center operation and maintenance: “To put it simply, it means giving one label for each object, which is very important for standardized data center operation and maintenance. For example: for a car made up of more than 20,000 components; we need to manage those 20,000 components separately to ensure the car’s smooth running.

However, no data center has yet realized such granular management. This is the direction GDS is working on,” he said.

Chengdu government win
With its commitment to high availability, GDS has won a big cloud contract from Chengdu Municipal Government in Sichuan Province of Southwest China. The province is subject to frequent earthquakes, including the Wenchuan 11 magnitude Earthquake, which killed 69,227 people and injured 374,643 people in 2008. Since then, GDS has provided disaster recovery services to the Chengdu Municipal Government for 6 years on a “Pay as You Go” basis.

“Chengdu Industrial Cloud has integrated IT resources of 22 campuses (of Chengdu Municipal Government), and is able to meet the government’s demand for dispatching IT resources in accordance with requirements. With our cloud platform, the 22 isolated information ‘islands’ achieve IT resource sharing and can deliver services in a quicker way with lower cost,” Zhang explained.

Yilin said this purchase deal will have significant implications to GDS. “ST Telemedia is our strategic partner, and a strategic partner involves not only financial support, but also cooperation in development strategies. They have invested in many international data center service providers including Equinix, StarHub and Level 3. This partnership will help us to introduce many advanced concepts and technologies and connect with many valuable partners for accelerating our development.”