Fujitsu has developed a method to improve server utilization

Fujitsu Laboratories, research arm of the Japanese electronics giant, has developed an algorithm that helps improve server density by moving virtual machines around a data center.

This approach looks to squeeze maximum performance out of rack power supplies, by running them at peak capacity and shifting the workloads that would overload the system to a separate bank of server that acts as a buffer.

According to Fujitsu, this could raise the rack operational efficiency to 90 percent, while considerably reducing the floor space required. Fujitsu Laboratories plans to incorporate this technology into the ServerView Infrastructure Manager software sometime in 2018.

The findings are being presented at the IEEE Cloud 2017 conference in Honolulu, US, running throughout the week. 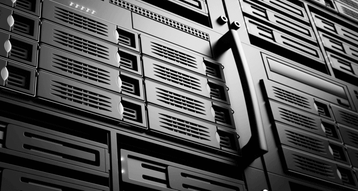 The number of servers in a rack is limited by the total rated electrical power of the servers, which must be lower than the total power supply of the rack. However, most servers typically run at 10 to 50 percent utilization, and only use a portion of the rack’s available power.

A solution to this problem has already been found - ‘power capping’ enables data center operators to install more servers per rack, servers that would overload the power supply if they were running at maximum utilization. In order to balance the load, software can limit the operational frequency of servers to suppress power consumption. While this increases server density, it can have a detrimental effect on performance, and is not suited for mission-critical workloads.

Researchers from Fujitsu Laboratories propose running power supplies at close to maximum capacity. But Instead of throttling server CPUs when particular virtual machines need more power, they set up a partition made up of ‘backup’ servers that rely on APIs to automatically accept such resource-hungry VMs.

This prevents each rack from exceeding its overall power capacity, while still guaranteeing a high level of individual server performance.

Fujitsu Laboratories has also developed a technology to determine the number of servers that should be mounted on a rack by statistically estimating the frequency of migrations for each rack, based on the pre-measured load per server. 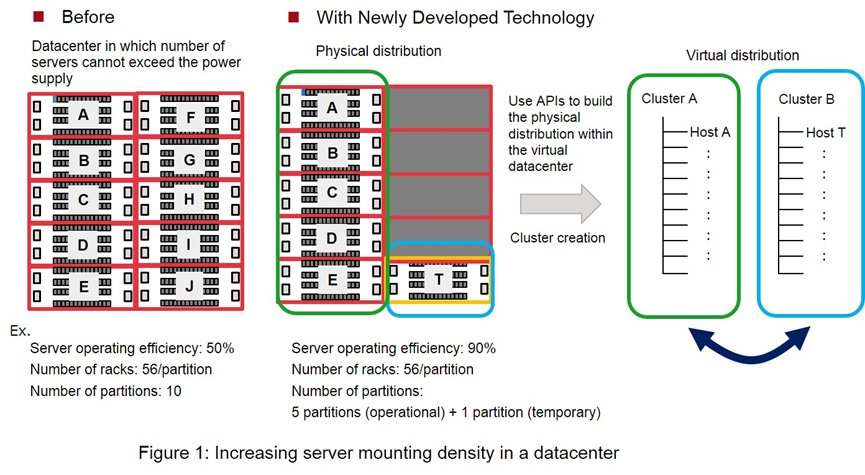 “By applying this technology, Fujitsu Laboratories expects that it will be possible to increase the mounting density of servers in datacenters, significantly reducing installation space,” researchers said.