Facilities in Sweden, Germany, Gibraltar and Scotland improve or update their efficiency credentials

Another five data centers have recently been granted the Certified Energy Efficient Data Center Award (CEEDA), for reducing waste and operating efficiently. These include facilities in Sweden, Germany, Gibraltar and Scotland.

An efficient data center is a sound business model, according to Bahnhof, a newly-certified operator based in Stockholm which channels all the waste heat from its Thule facility into the local district heating system.

Gibraltar-based colocation provider Rockolo saw good results from applying efficiency measures in one data center, so it got a second facility certified. And satellite information organization Eumetsat has re-certified, after doubling its IT load with only marginal increases in power consumption. 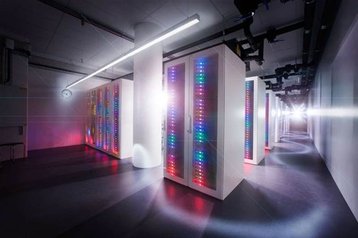 ”We are in the heating and energy business as much as we are in the IT business,” said Banhof CEO Jon Karlung. “All the excess heat generated by our servers is reused in the local heating system where it can give warmth and comfort to freezing Stockholmers.” He pointed out that in 2018, Sweden has experienced one of the coldest winters in many years.

”The main reason for us to apply for the CEEDA process was to show that you can combine the world’s greenest data centers with a solid business model. What CEEDA offers for us is an independent voice that validates our qualities in a tangible way.”

Rockolo was spun out of the Gibraltar-based Gibtelecom in 2017, and inherited the Mount Pleasant data center, which already had a CEEDA silver certification. The company opened a new data center in the World Trade Center in Gibraltar, and has won CEEDA Gold certification for both.

Daniel Hook, Managing Director at Rockolo, said: “In 2016, before the launch of Rockolo, we applied CEEDA to the Mount Pleasant data center which was then within Gibtelecom, resulting in a Silver-level certification. We found the process useful both in terms of systematically identifying opportunities to control energy-related OPEX and in terms of demonstrating our commitment to energy efficiency and sustainability.”

He added: “After the inclusion of the Mount Pleasant data center and our new World Trade Center (WTC) facility within Rockolo, we decided, therefore, to apply CEEDA certification to both facilities. We are very proud that, after applying the recommendations generated from the CEEDA analysis to our Mount Pleasant facility and also our new WTC data center, this has resulted in higher energy efficiency performance and both have now attained the Gold-level certification.”

Meanwhile, Eumetsat runs a data center for its satellite data operations in Darmstadt, Germany, which attained a Silver CEEDA certification in 2015.

Graziano Mori, Head of Generic Systems & Infrastructure outlined his reasons for applying CEEDA: “Our data center, housed in our Technical Infrastructure Building, underwent the CEEDA process for the first time in 2015. We decided to apply CEEDA to demonstrate that we had attained a good level of energy efficiency in its design and operation and to identify any areas that could be improved.”

“The application of the CEEDA framework and recommendations generated enabled us to almost double the size of the IT load with only a moderate increase in total energy used. These measures resulted in a Gold level certification on reassessment, in 2017.”

Finally, the University of St Andrews in Scotland, one of the first CEEDA data centers, has also re-certified, demonstrating that its original highly coherent design philosophy is keeping pace with advances in best practices.

Nick Morris, heading up CEEDA, said:”The improved energy-related OPEX performance on re-assessment by companies such as Rockolo and EUMETSAT is a great validation of the new tools for generating improvement recommendations that we have put in place.”

Although a certification scheme might imply a level of regimentation, Karlung says it’s a creative process: ”Our rule that keeps us staying ahead in the development of new energy efficiency solutions is that there are no rules. Just throw out all the rules! Instead of just copying things that have already been done, we have set our own goals.”