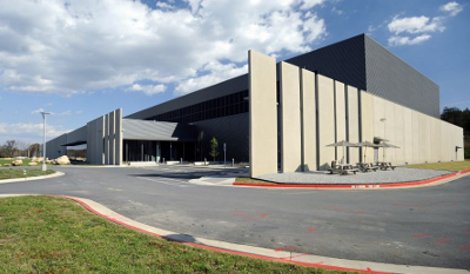 Facebook says its future Altoona, Iowa, data center will be 100% carbon neutral because of a wind farm the company started building together with a developer nearby but has since “transferred the rights” for to a local utility.

The utility, MidAmerican Energy, will build, own and operate the wind farm, according to Facebook. The social networking company secured the rights to the project in partnership with wind farm developer RPM Access simultaneously with choosing the Altoona site for its next data center, which it expects to start serving traffic in 2015.

The deal is part of a push by Facebook to get 25% of all energy required to power its operations from renewable sources in 2015. The company's data centers alone consumed about 680m kWh of energy in 2012 – up from about 510m kWh consumed in the preceding year.

While it reportedly has some of the most energy efficient data centers, it has to rapidly expand its data center capacity to keep up with the pace of growth of the social network's user base.

Facebook gets to claim 100% renewable energy for its data center through Renewable Energy Credits (RECs), which it appears to be planning to buy from the utility. The Wellsburg, Iowa, wind farm's capacity will be 138MW – well more than the data center will ever need.

RECs have been a widely used way for companies to claim carbon neutrality for a long time. Mark Monroe, currently CTO at DLB Associates and formerly director of sustainable computing at Sun Microsystems, said they had been marketed as such since around 2005.

“They are a pretty well-accepted method of transferring the responsibility [for generation of renewable energy] to someone who desired it in exchange for financial value,” he said.

The opportunity to develop a wind project in the state was one of the deciding factors when Facebook settled on Altoona for its fourth wholly owned and operated data center. It has also built data centers in Prineville, Oregon, Forest City, North Carolina, and Luleå, Sweden, in addition to leasing space from commercial data center providers in other US locations.

Facebook's involvement was key for the wind project to go through and bring additional clean energy to the local utility grid. In many cases, a large customer's agreement to buy power from a future wind farm or associated RECs is what tilts the scales in such complicated development decisions, Monroe said.

“In a lot of cases, selling RECs makes renewable energy possible,” he said. “It makes the cost of energy ... from the project acceptable economically.”

For MidAmerican, buying the project is part of what the utility said was the largest expansion of wind generation capacity in Iowa's history. The company has a goal to develop 1,050MW of additional wind generation in the state by the end of 2015, and Wellsburg is one of five development projects it is overseeing to reach it.

RPM sold this project to MidAmerican together with another ongoing 117MW development in Macksburg.

The developer is not new to working with hyperscale data center operators on wind projects. Last year, Google, which has a massive data center in the state, invested US$75m in RPM's 50MW Rippey wind farm.

Google has been a pioneer among internet companies with hyperscale data center infrastructure in stimulating development of additional clean power on utility grids in places where it operates data centers.

Besides buying equity in renewable energy projects, the company makes long-term power purchase agreements with wind farm developers and operators. These agreements provide funding for the projects to be built.

In these cases, instead of buying RECs from a utility, Google sells the power it gets from a wind farm on the wholesale market but strips RECs from it. Since its data centers are plugged into the utility grid, the company buys utility power and applies the RECs to it.

Last week, Microsoft announced a power purchase deal similar to Google's with a wind farm developer in Texas. The RECs from the farm will be applied to the company's data center in San Antonio.