ExaGrid claims the latest version of its back up management software adds capacity and performance boosts to the integration initiative made in a previous release. Previously Version 4.7 allowed the ExaGrid-Veeam Accelerated Data Mover to be integrated into each appliance. Now, ExaGrid claims, the new release (v4.8) expanded capacity from 14 to 25 appliances in a single GRID. This, says Exagrid, allows for full backups of up to 800TB with an increased ingest capacity of 187.5TB per hour. 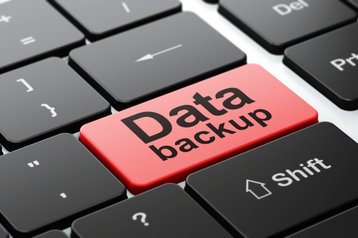 “We liked that Veeam and ExaGrid are tightly integrated,” said customer Ethan Peterson, network engineer at the US data center for Jordan’s Furniture. “We chose Veeam because it was built for virtualized environments, enables extremely fast recoveries and automates many of the tasks associated with virtual machine backups,” said Peterson.

Peterson said the performance of the new system could be a blow for rival storage vendor EMC “The ExaGrid-Veeam solution was far more cost effective than any of the EMC offerings and we liked its scalability and ease-of-use,” said Peterson.

“Our backup times are so much faster using the Veeam and ExaGrid system,” said Ryan McClain, systems architect at US Legal Support. “Other benefits have been stability and reliability because it’s a purpose-built system and not a general purpose NAS box.”