It's not clear if Ericsson helped pay for their release

Swedish telecoms giant Ericsson sent contract workers into land controlled by the Islamic State in Iraq, leading to some of them being kidnapped.

The revelation comes after Ericsson was forced to admit it had paid ISIS to allow it to operate and travel through land controlled by the terrorist group. After it admitted to the crime earlier this month, shares in the company fell more than 14 percent. 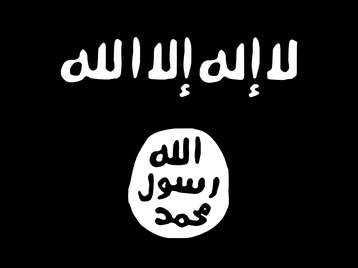 In a leaked Ericsson report obtained by the International Consortium of International Journalists and seen by BBC News Arabic, the company said that it had sent contractors into IS-held territory.

The 2019 internal investigation into corruption and bribery said that a senior Ericsson lawyer recommended shutting down the company's operation in Iraq after ISIS took over Iraq's second-largest city, Mosul, in June 2014. But he was overruled by senior managers that claimed the action was "premature," and would "destroy" Ericsson's business in the country.

The company insisted contractors continued to work in the region, putting their lives at risk, the report found. An undisclosed number of contractors were taken hostage.

One told German public broadcaster NDR that he was sent to Mosul with a letter on behalf of Ericsson seeking permission from the terror group for them to continue working there. Instead, he was seized by a pick-up truck full of gunmen, and his phone was used to call an Ericsson manager who demanded the company pay $2.4m to work in the area. If the company did not pay, ISIS threatened to hunt down other employees and take them hostage.

The contractor was kept under house arrest, and claimed that the Ericsson manager then stopped answering his calls. "He abandoned me, he turned off the phone and disappeared."

He was released after a month, and does not believe the telco helped. But the report says that one of the company's partners "made arrangements" with IS to secure his release and let the company continue its work in Mosul. It does not disclose what those arrangements were.

The company is also believed to have bribed the terrorist group to allow it to use a fast route through ISIS territory that avoided government checkpoints.

"Ericsson knew well what was going on," a senior government telecoms official in Mosul told the ICIJ. "There is not a sane person who would deal directly with IS, they all do it through the subcontractors. Militants would take a percentage from every cent paid in Mosul on any project or work. This is how they accumulated millions."

In addition to Iraq, the report found alleged misconduct in Lebanon, Spain, Portugal, and Egypt. A spreadsheet also showed probes into possible bribery, money laundering and embezzlement by employees in Angola, Azerbaijan, Bahrain, Brazil, China, Croatia, Libya, Morocco, the United States, and South Africa. These probes were not previously disclosed.