Two thirds of in-house facilities have a PUE over 2.0, says research

Enteprise data centers, run in-house by large businesses, are throwing away money on uncontrolled cooling and power costs, according to research from IDC.

In two-thirds of US enterprise data centers, less than half the electric power consumed actually reaches the IT racks, according to a survey of 404 data center managers carried out by IDC. These are facilities where the PUE (power usage effectiveness) is over 2.0, well behind industry best practise. Ten percent of the survey have a PUE of 3.0 or more, or simply don’t know what their PUE is. The well-known PUE measure divides total power consumed by that which is delivered to the IT equipment, so 1.0 would be the ideal. 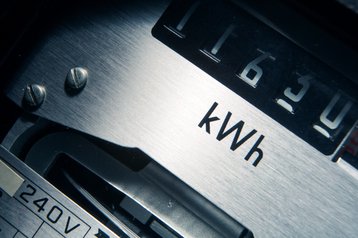 “When you get to PUE ratios at 2 and above, you are looking at a massive amount of power going not just to the IT side of the house but also to the facilities side,” said IDC research manager Kelly Quinn, in a recent webcast  called ’Devouring Power’, reported by eWEEK.

The survey covered 404 users with at least 100 servers and 1000 square feet (roughly 100 sq m) of data center space, but excluded any cloud firms, colocation companies or other service providers. It found that on average they are spending 24 percent of their budget on power and cooling - an average of $300,000 for each company in the survey, and roughly the same armount as the amount they spend on IT equipment.

If these organisations have an average PUE of 2, and reduced that to the US government’s guideline of 1.5, then their overall power usage would go down by 25 percent, the survey suggests.

The inefficiency of in-house data centers is likely even larger than this, according to recent comments by Amazon, responding to criticism of its energy strategy by Greenpeace.

The IT resources at in-house enterprise data centers are generally not being used with a very high utilization, says Amazon, with perhaps only 20 percent of the IT kit capacity being used, even though all of it is drawing power.

Moving from in-house IT to the cloud would put the in-house services on hardware which has a higher PUE, says the giant cloud provider, but it would also boost efficiency by putting it on better utlitized hardware.