eBay to separate from PayPal in 2015 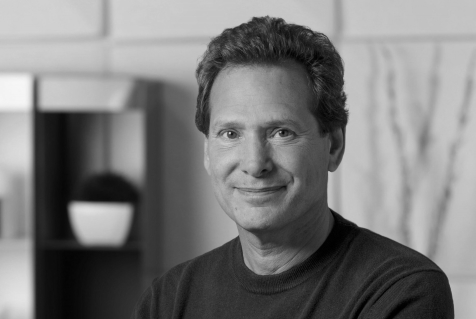 eBay and PayPal will split into independent, publicly traded businesses by the second half of 2015, after receiving a blessing from the board of directors.

Under the terms of the separation, current president of eBay Marketplaces Devin Wenig will become the new CEO of eBay, while PayPal will be led by Dan Shulman, a former American Express executive.

Current CEO John Donahoe (who was the former president of eBay Marketplaces) will serve on the boards of both, but without an executive position.

The announcement meets demands made by activist hedge fund investor Carl Icahn, back In January.

The cleaving
eBay acquired PayPal in 2002 - arguably the best investment it ever made, with almost half of the company’s revenue coming from the payments business. But today, it said that having two independent businesses instead of one will allow both to capitalize on their respective growth opportunities.

“For more than a decade eBay and PayPal have mutually benefited from being part of one company, creating substantial shareholder value. However, a thorough strategic review with our board shows that keeping eBay and PayPal together beyond 2015 clearly becomes less advantageous to each business strategically and competitively,” explained Donahoe.

“The industry landscape is changing, and each business faces different competitive opportunities and challenges.”

The idea of splitting the company was recently suggested by Carl Icahn. Over the past decade, Icahn has made major investments in a number of biomedical and technology companies including Apple, Yahoo, Netflix and Nuance. Last year, he made the headlines as he attempted to derail Michael Dell’s US$24.4 billion buyout of the company carrying the Dell family name.

Early this year, Icahn proposed to separate eBay from PayPal, and attempted to lead a shareholder revolt in what is known as a ‘proxy fight’. In April, eBay claimed that the activist investor withdrew this proposal.

Today’s announcement delivers exactly what Icahn wanted, although none of the materials published by eBay mention him by name.

In June, PayPal’s former president David Markus announced he was leaving the payments company to lead Messaging Products at Facebook, and Donahoe took over his responsibilities until a suitable replacement was found. And it was found, in the shape of Schulman, first as the president, and then CEO.

eBay management has acknowledged that the benefits of the existing relationships with PayPal will naturally decline over time. However, it believes that some of these benefits can be secured through arm’s length operating agreements.

“Dan has a proven track record of leading complex technology businesses at scale, driving sustainable growth and understanding how to innovate to drive competitive advantage and deliver compelling experiences for customers. I am thrilled to have him lead PayPal forward as a publicly traded, independent global payments leader, and we welcome him to the team,” said Donahoe.