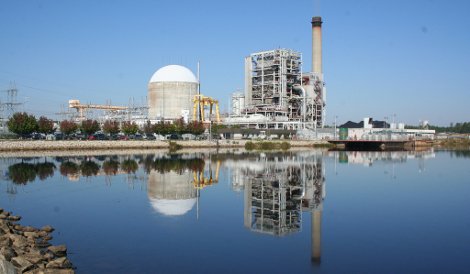 Duke Energy, the largest electrical utility in the US, has proposed to North Carolina regulators a pilot renewable energy purchase program for large energy consumers like Google and Facebook's data centers.

The tech companies have been in negotiations with the utility – most of whose generation capacity currently comes from coal and nuclear plants – for at least one year to provide them with an option to buy renewable energy. When it announced a major expansion of its data center in Lenoir, North Carolina, in April, Google also announced progress on the negotiations, saying Duke was determined to develop a program.

Gary Demasi, who is responsible for data center location strategy and energy at Google, said at a recent event in San Francisco that the potential for economic development Google's data center projects had was one of the greatest tools in negotiating with utilities.

“We buy relatively large sites with lots f opportunity to grow and it's a basic customer demand-supply issue,” he said. “If we're going to invest hundreds of millions of dollars and basically bring you millions of dollars in revenue, we really think we should get the product that we want.”

Demasi sat on a panel at a Greenpeace event dedicated to the impact on the environment by the internet giants' data centers Wednesday. Also on the panel were corporate sustainability and data center infrastructure executives from Rackspace, Facebook and Box.

“There was definitely an interplay there between Google growing in the state, again, making sure that our electricity provider is committed to trying to deliver the product that we want,” Demasi said about April's announcement.

If the North Carolina Utilities Commission approves the program, industrial-scale customers will be able to sign long-term renewable energy certificate (REC) contracts with Duke. The contracts can be fulfilled with energy produced by Duke or by a third-party supplier, either inside or outside of the state.

Customers will be able to buy RECs only for power requirements that are additional to the load they are currently taking. These are either new projects or expansions of existing facilities by non-residential customers who have added at least 1MW of load since June 2012.

Greenpeace climate and energy campaigner Robert Gardner said, while the tech firms have earned applause for pushing for the breakthrough, this is not enough action on Duke's part. “Some of Duke Energy’s biggest customers, including Google, Apple, Facebook and the University of North Carolina system, deserve praise for understanding that wind and solar power are good business, and pushing Duke Energy to provide those options,” he said in a statement.

“They asked, and Duke is starting to listen. Unfortunately, Duke is still turning a deaf ear to its tens of thousands of residential and small business customers in North Carolina who have similarly asked for clean energy choices.”

Greepeace pointed out in its statement that about one month ago, Duke had told state regulators that no more than 3% of the electricity it sells will be renewable even 15 years from now. “Duke should start listening to all of its customers, and that means a rapid shift in investments toward the sources of clean energy that represents North Carolina’s future, not more of the coal, gas and nuclear energy of the past,” Gardner said.

Both Demasi and Bill Weihl, manager of energy efficiency and sustainability at Facebook, who also sat on the panel at Wednesday's event, said it was not easy for a highly regulated utility to change the way it does business quickly.

“You're talking about rate making and rate design and in a regulated environment, where you've got a utility commission,” Demasi said. “They've got to adhere to a regulatory framework, which is super complicated, and they've got to make sure that nobody's harmed in the process.”

Simply walking into a utility customer service office and saying you want renewable energy will not get you far if the utility has no available renewable capacity on the grid, Weihl said. The customer-vendor dynamic is different from the norm in a situation like this.

“Unlike many vendor-customer relationships, there's the utility commission on the side,” he said. The process is more of a negotiation, where the customer has to understand the vendor's needs, and both sides need to work to make sure the needs of each other are met.

Facebook, Google, Apple and others have been in discussions with Duke about adding more options for renewable energy in North Carolina for longer than a year, Weihl said.

Duke owns about 20,000MW of generation capacity, consisting of nuclear, coal-fired, natural gas and hydroelectric plants. It servers about 2.4m customers across a 24,000-square-mile service area in North Carolina and South Carolina.