Yet another project joins the data center boom in Richardson

Digital Realty has applied to build a large data center in Richardson Texas, following other big projects in the area.

The company has filed the start-up paperwork to add a 470,000 sq ft (44,000 sq m) data center to its 69 acre technology campus in Richardson. The new project will be a three story building occupying 20 acres of the existing campus space and would be the first data center project in a new building on the campus. No commissioning date for the new project has been announced.

The project is a departure, as so far Digital Reality has been repurposing the existing eight buildings that were in place when it bought the land in 2009 for data center and related purposes. 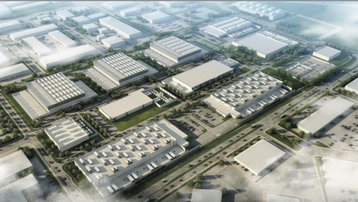 The Richardson area has become something of a mecca for data center users and operators looking for locations in the south-central United States. Data center operators such as Peak Hosting, who already had colocation facilities in two other Digital Realty properties, are making use of white space leased from Digital Realty, while big names such as LinkedIn, Deutsche Bank, and Prudential Insurance are moving data center operations into colocation facilities located in other Digital Realty properties in Richardson.

This is all in addition to the selection of Richardson as the location for private, single user data centers; the most recent announcements of such facilities include new operations from Facebook and State Farm.

Depending upon which analyst report you prefer, Richardson/North Texas is either the second or third fastest growing location for new data center operations in the US. Low operational costs, inexpensive power, and a central location to US customers are likely the driving reasons behind this growth.