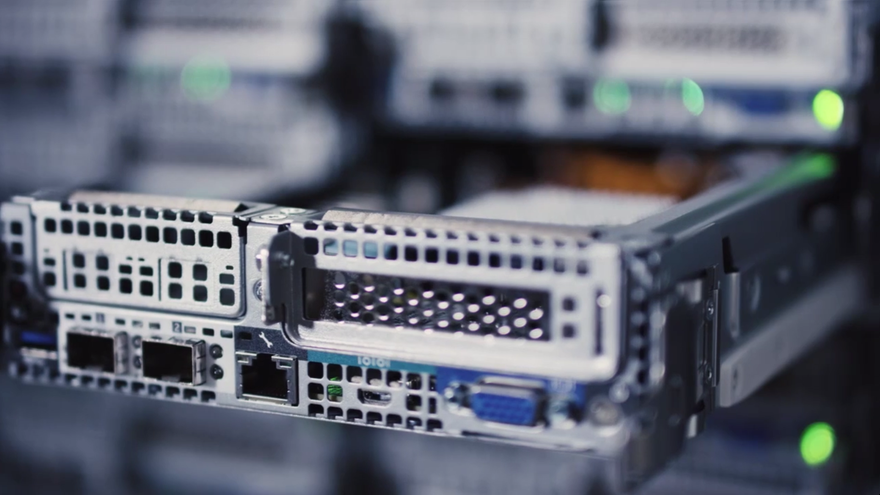 What the company has announced today is actually the third generation of the system, which is being deployed by eBay to improve performance during peak times while lowering costs.

Triton eliminates the need for the liquid-to-liquid heat exchangers, cooling loops or pumping systems that are present in most water cooling solutions, since it brings water directly to each server sled. This approach, Dell claims, leads to the “lowest water consumption of any liquid cooled solution on the market today”.

When compared to the average air-cooled data center, the company says that Triton uses 97 percent less cooling power, as well as 62 percent less than HPE’s water-cooled Apollo 8000. Dell pegs the power usage effectiveness (PUE) at 1.026 to 1.029.

With the more effective cooling, high performing components can run faster and more efficiently. A combination of Triton and a customized 200W Intel Xeon E5 v4 brings ”double digit performance increases over the highest performing Intel Xeon processor on the market today”, according to Dell.

Nick Whyte, eBay VP, said: “We worked closely with Dell to develop a customized server solution which utilizes an innovative approach of liquid cooling 200W CPUs to deliver large performance and efficiency gains. By collaborating with Dell and Intel our search servers achieved an increase of 70 percent in throughput (QPS – queries per second) with the new Intel Xeon processor E5-2679 v4 versus the previous generation Intel Xeon processor E5-2680 v3 in the ‘Triton’ proof of concept.”

Triton is available to select customers today, according to a Dell-sponsored research report by Moor. The report also said: ”The company is currently evaluating a “closed loop” version of ‘Triton’ that offers the same core liquid cooling technology and CPU support but removes the need for datacenters to have facility water at the rack. This has the potential to bring liquid cooling to an even broader set of scale-out customers.”