In this interview Kushagra Vaid, general manager of Azure Hardware Infrastructure at Microsoft, discusses Project Olympus – the company’s efforts to apply the lessons learned in the development of open source software to open source hardware. 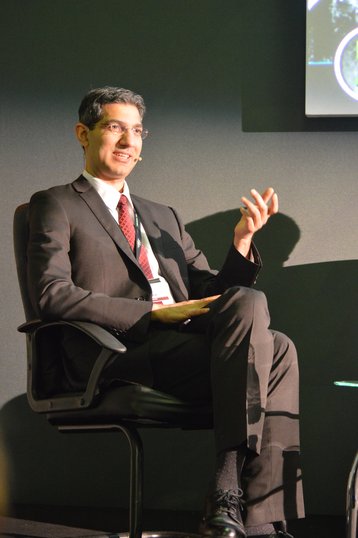 Project Olympus is being run in partnership with the Open Compute Project. It’s simultaneously a server ecosystem and a new hardware development model, with Microsoft releasing design blueprints that are just 50 percent finished.

The idea is to permit community members to contribute to the ecosystem by downloading, modifying, and forking the hardware design just like developers do with open source code.

Microsoft hopes to announce the ecosystem of partners in March, and complete the design by the middle of 2017.

Olympus relies on AC power distribution instead of more traditional DC busbar, and according to Vaid, there are good reasons for this: better efficiency and improved phase balancing. Project Olympus delivers three phase power to each individual server, something that presents particular challenges and opportunities.

The conversation took place at the DCD Zettastructure conference in London.