Data centers at the bottom of the sea, down a mine - and roaming the stratosphere 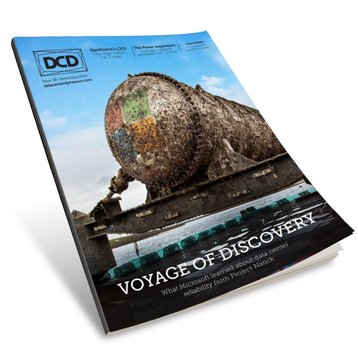 As Microsoft retrieves its experimental underwater data center from the sea bed, DCD got an in-depth exclusive on the lessons from the Project Natick experiment. In its two years underwater, the aquatic facility tested tidal power, used post-quantum cryptography, and contributed to Covid-19 research.

But that's just the start. This issue touched the planet's digital nervous system in places from underground caverns to Google's Loon project in the stratosphere. And on the way, we got a whole new perspective on Edge data centers, thanks to a must-read paper from ASHRAE.

AHSRAE says keep a lid on the Edge
The organization which wrote the book on centralized data centers has weighed in on the new paradigm of the Edge, with a warning: if you're deploying small facilities, open the doors at your own risk.

Loon goes commercial
Google's Project Loon proposed helium balloons, 12 miles in the atmosphere in the stratosphere to deliver the Internet. After ten years, commercial contracts say it's not just a crazy blue-sky idea

Growing underground
If you think installing a generator is hard work, try doing it in the tight constraints of a mine - and then provide ventilation!

5G is rolling out - but is it what we want?
Two views on the coming mobile revolution. There are plenty of plans to roll it out. But the reality seems to be somewhat disappointing. .

The power journey
Over 16 pages, we explore developments in powering data centers, from renewables to the hydrogen economy.

... and there's more
In our news roundup, a mobile network for the moon, and plenty more.