A truck carrying a transformer to a data center in Virginia was impounded for nearly two weeks and received more than $100,000 in fines from police.

According to Loudoun Now, a truck carrying a data center-bound generator from Wisconsin to Loudoun’s Data Center alley around June 25 was either detoured or took a wrong turn onto Rt. 9 with no place to turn around. 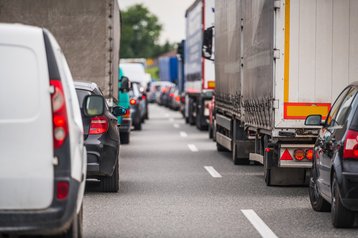 A newly-installed roundabout at the west side of Hillsboro meant the driver was unable to navigate the circle and the trailer became lodged on the stone walls.

Sheriff’s Office inspectors then cited the rig for inadequate breaks and other infractions and the truck was taken by a third-party company to the Purcellville Industrial Park. The Sheriff’s Office fines exceeded $30,000, while the towing and storage bill was $50,000. Repairs cost another $3,000.

Once back on the road 12 days later, the vehicle was shortly stopped again by the same Sheriff’s Office inspection team, with the driver told a 911 call reported sparks were coming from underneath the truck. The rig was again put out of service after another inspection, along with another round of fines. Loudoun Now said the data center still hadn’t received the generator at time of writing.

“I’ve never experienced anything like this before,” said Rick Diggs, the president of the Florida-based trucking company hired for the haul, KCE Solutions. Diggs said his company operates all across the country and regularly in Virginia. “Things happen, but there are too many things going in this situation.”

As well as having to pay for the idle time of cranes waiting to install the transformer at the data center site, he lost the contract on seven more future loads.

Diggs has reportedly appealed to town leaders in Hillsboro and Purcellville, the Attorney General’s Office, the Loudoun Board of Supervisors, Del. Dave LaRock (R-33), and Senator Mark Warner’s office. He characterized the fee being charged as “extortion.”