At peak, 350 employees were out due to Covid

Modine Manufacturing posted significant growth in its data center cooling division, but warned that inflation was impacting its margins.

At the same time, labor shortages cut into the company's ability to produce HVACs at the pace it would have otherwise hit. The company markets some of its data center products under the Airedale brand. 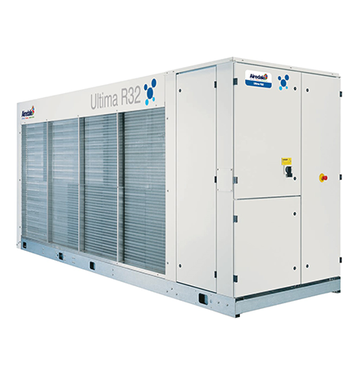 In the last quarter, data center sales rocketed by 92 percent - but CFO Mick Lucareli cautioned not to read too much into that figure.

"I think last year was a little bit of a dip," he explained. "[This jump] wasn't one large order, but these are all generally big orders and sometimes they are – they can be lumpy, depending on just the timing of the actual shipment or when the customers ready to receive it."

A more important metric he said was that the company is "on track this year for the $100 million range of data center revenue on a full year basis."

Revenues were impacted by labor shortages, although the company did not disclose by how much. "Production volumes have been constrained by the lack of labor," Neil Brinker, president and CEO of Modine, said in an earnings call.

"We have been dealing with both an increase in Covid cases and the ongoing impact of the labor shortage. But I'm happy to report that at the current time, numbers seem to be improving," Brinker said. "At the peak, we had over 350 employees in North America and Europe, out of work with positive Covid cases or due to quarantine requirements. We're currently seeing these numbers decline, but that could change as new variants emergence spread."

During the worst of the labor shortages, the company had 300 open positions in 2021, but said that "creative recruiting solutions, enhanced benefit offerings, modifications to our wage structures, and hiring incentives" had helped lower that number. This will have also impacted margins, but again to an undisclosed number.

To meet demand, the company also had employees travel from its Racine, Wisconsin headquarters and Lawrenceburg, Tennessee plant to Virginia, where it has had a factory since 1963.

The company is currently building a $7m plant in the state for data center cooling products. "We are repurposing an existing warehouse into a dedicated chiller manufacturing and testing facility," Brinker said. "I'm pleased to report that we've received the first purchase order for chillers in North America during the quarter."

But the margins on HVAC sales are currently down. "As of the third quarter, we were not able to fully offset inflationary pressures with price increases, causing our margins to decline year-over-year," Brinker said.

"The team is aggressively working through corrective actions regarding both cost and pricing, as evidenced by the strong sequential earnings improvement. We anticipate that the HVAC will be back to historical margin levels in the next few months."

Brinker was unable to provide further details about its expectations for the data center market, noting that the company is in the middle of developing a strategic plan for winning hyperscale and colocation customers. The CEO joined the company at the end of 2020, just after it announced it would sell off its automotive business, and is overseeing a company restructure.

"I think the target for us is to continue to grow greater than the market," CFO Lucareli said. "I think it'd be hard to continue at an above 50 percent clip, but if the markets are going to be up another 15 or 20 percent next year, our goal is to outpace that market growth."