‘Nickel’ is set to broaden the appeal of NoSQL

“It dramatically increases the types of applications and use cases that Couchbase can support, now with even greater levels of performance and scale,” said Ravi Mayuram, senior vice president of products and engineering at Couchbase.

“With innovations such as our new SQL-based query language, N1QL, and foundational improvements like Global Secondary Indexes, Multi-Dimensional Scaling and Cross Datacenter Replication, we are providing enterprises the breadth of functionality they need to deploy a single distributed database under the majority of their Web, mobile and IoT applications.”

The announcement was made at the Couchbase Live event in New York. 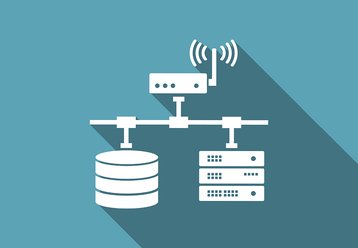 Unlike traditional relational databases, NoSQL databases are not built on tables, and tend not to use structured query language to manipulate data, which allows for more flexibility and makes them perfect for emerging types of workloads.

This extended functionality also presents a challenge, since IT professionals who cut their teeth using relational databases find that their skills cannot be easily applied to this alternative model.

Couchbase 4.0 is set to empower existing SQL developers, thanks to a new declarative query language, N1QL (pronounced Nickel). It enables anyone familiar with SQL to build applications on top of a JSON data model that can be extended on demand.

Multi-Dimensional Scaling – originally announced in March - offers the option to isolate database query, index and data services, so they don’t have to compete with each other for hardware resources. So the query services can be hosted on machines with high CPU core count, index services can get access to more disk, while data services can benefit from more memory.

Meanwhile Global Secondary Indexes functionality helps keep the index on specified machines and not scattered across every server, further improving performance - something Couchbase says is a first for any distributed database.

And finally, Couchbase 4.0 has added filtering to its Cross Datacenter Replication (XDCR) functionality, with the software now being able to specify individual subsets within a database to be replicated to a geographically separate data center.

“Enterprises are increasingly turning to NoSQL databases for their ability to handle diverse and fast-changing data,” says Doug Henschen, vice president and principal analyst at Constellation Research. “With its N1QL and Multi-Dimensional Scaling capabilities, Couchbase Server 4.0 brings SQL-like querying and flexible scalability to the NoSQL market.”