Google is about to start building a data center in Jackson County, Alabama, two years after announcing the facility.

State Senator Steve Livingston told WAAY 31 that the company is doing some last minute work and laying down the building pad for the facility on the site of the defunct Widows Creek coal fired power station. 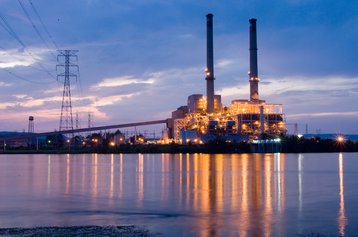 We’ve been talkin’ ’bout Jackson, ever since the fire went out

The $600 million project is set to be built off of County Road 96 in Bridgeport, but has been beset by unspecified delays. In June 2015, Google’s senior manager of data center energy and location strategy, Patrick Gammons, said: “We expect to begin construction early next year and look forward to bringing a Google data center to Alabama.”

2016 came and went with only preliminary work done, and rumors that the Internet giant was working on the site’s electrical infrastructure, but little in the way of new information. Greater Jackson County Chamber of Commerce president Rick Roden said last year: “They just don’t tell us a lot.”

Now, as 2017 comes to a close, there is fresh hope that the company will finally start construction. On Monday, representatives from Google went to the local Hollywood Elementary school to teach students about programming.

Google spokesperson Laura Peterson told WAYY 31: “Kids today are using technology every day and it’s constantly changing. And we think it’s really important to teach them computer science skills so that they can be creators of technology and not just consume it.”

“Google is going to be a game changer,” State Senator Livingston said. ”You can see what they did in this classroom today and if they do that across Alabama and across Jackson County it will be a game changer for our education system in the future.”

Such school trips are part of Google’s data center strategy: the company invests time and money in the area its facilities are built in - for example, in Pryor, Oklahoma, it works with schools and has equipped the town with WiFi.

In Jackson County, the data center has been eagerly awaited by a community hit by the loss of a power plant that, at its peak, employed hundreds.

Data centers, however, do not employ anywhere near as many people - and many of the full-time employees are brought in from out of town.

Previously, Google said that the site would lead to 75 to 100 jobs, but its unclear how many would be temporary construction jobs.