But some locals would rather the chosen site be left intact

Custom build wholesale data center provider Compass Datacenters is hoping to build a 750,000 sq ft facility in Loudoun County, Northern Virginia. However, the scheme has faced opposition since it came before the local Planning Commission in September.

The 106 acre expanse of land, by Goose Creek and a short distance from Ashburn, is currently used for agricultural purposes; but is located in the world’s largest and most active data center market and is undoubtedly an attractive proposition. 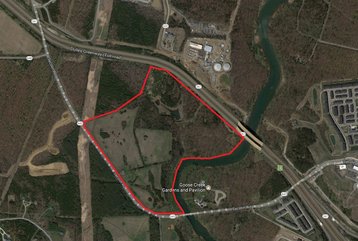 Compass’s proposal comes at a time of unrest for county planners. The Envision Loudoun committee is already considering changes to the county’s transition area, between the eastern suburban area and the western rural area, and has received heavy pushback from local residents, environmentalists and county staff, as reported by Loudoun Now.

This facility would need the area to be re-classified as a development-office park zoning district.The board voted yesterday, but has not yet published its decision.

The committee previously considered building between 12,000 and 18,000 new homes in the area, but objectors said they favored the preservation of open green spaces, and the development of trails and bicycle lanes.

The Virginia Department of Conservation and Recreation has also stated that the area hosts a very rare eco-system, a Northern Piedmont Mafic Barren, believed to only exist in ten locations worldwide.

To ease tension, Compass has agreed not to use the public water supply, has offered to build new turn lanes at the center of roads as well as footpaths, to plant two acres of pollinator plants, and to preserve an area intact for the planned Goose Creek Trail.

The Department of Economic Development has reportedly estimated that the facility could generate between $22m and $24m in tax revenue annually, and proponents have insisted that this would outweigh the potential downsides of building the facility.