Colt this week started the construction of its second data center in Inzai, located just east of Tokyo. First announced earlier this year, the new data center is on schedule to open in the fourth quarter of 2017, a company spokesperson told DCD.

The new facility will be constructed on the grounds of Tokyo Data Centre 2 (TDC2) to satisfy pressing demand from service providers driving the cloud market, and was built in response to the increasingly diverse applications associated with expanding cloud usage, says Colt. 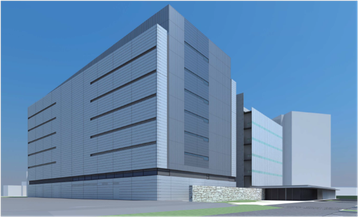 When completed, the new data center will offer 15MW of critical IT load across 5,000 sq m of server room space and will also be able to cater to increasing high-density customer requirements.

Once known as KVH, Colt Asia was acquired by Colt Group S.A. late last year as part of its strategy to enter the APAC ICT services market, in a deal worth ¥18.6 billion (€130m, $150m) that gave the latter access to KVH’s extensive fiber optic networks, data centers in Japan, Singapore, Hong Kong and Korea.

“The Asian colocation market is particularly strong with analysts predicting growth in excess of 15 percent, and as such, our new data center in Japan is already fielding high demand in advance of its opening in 2017,” said Quy Nguyen, the vice president and head of data center services in Asia.

“The new construction at TDC2 represents a crucial part of Colt’s Asia strategy. With investment in the construction of new data centers in the Kanto region tapering off, Colt Data Centre Services is actively investing to meet the growing demand from various service providers. The TDC2 site is geared for future expansion as a multi-data center complex and we will continue adding facilities in phases as we incorporate the latest technologies and equipment,” he said.

Large public cloud providers have also set up data centers in the land of the rising sun. Cloud juggernaut Amazon Web Services (AWS) already has a presence in Japan, while Google has announced that its Tokyo region for its Google Cloud platform will be operational by later this year.