Singapore subsidiary gets the green light for Metro Ethernet

Colt has announced “etherXEN SG”, the Singapore local loop of the company’s ultra-low latency and high quality Ethernet service that first debuted in the Greater Tokyo and Osaka metropolitan areas in Japan in 2013. etherXEN SG will be offered over Colt’s newly constructed metropolitan network in Singapore, and complies with MEF Carrier Ethernet 2.0 guidelines.

“After much work, Colt has obtained its FBO (Facility-based Operator) license to expand its etherXEN services portfolio and provide local network services in Singapore,” said Paul Kondo, head of Asia, Colt Technology Services Co Ltd in a statement. “Obtaining this license is a reflection of Colt’s commitment to Asia, and Singapore in particular, and it supports our business strategy in providing deep metropolitan coverage in major business centers in Europe and Asia.” 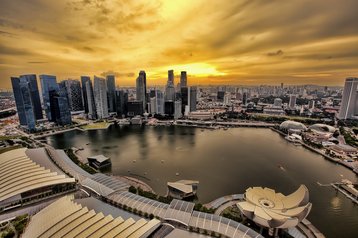 etherXEN SG is offered with a three-month minimum contract term, and service quality is backed by additional service level agreement (SLA) parameters such as service delivery, mean time to recovery (MTTR) and packet loss. The service is offered in configurations including guaranteed, shared and burstable bandwidth.

Before its acquisition, KVH had specialized in low latency networks and provides connectivity to all major Japanese exchanges. Indeed, its DCNet burstable interconnection technology for connecting data centers was first launched by KVH in 2014 before it was launched globally by Colt under the same name in 2015.

Data center operators in the region are waking up to the growing demand for so-called “East-West” traffic which goes between servers in data centers, and are working hard to beef up the network connectivity of their facilities. This is evidenced by the increasing mentions of partnerships and developments on the network front of late.