Cloud companies come together to tackle Meltdown and Spectre

As the world comes to grips with major security flaws in over a decade’s worth of computer processors, cloud companies have rushed to update their systems to stay secure.

But while the largest cloud providers like Amazon Web Services, Google Cloud Platform and Microsoft Azure were aware of the problem for months, smaller operators were kept out of the loop until the news went public last week. To respond quickly, a host of businesses teamed up to coordinate their efforts. 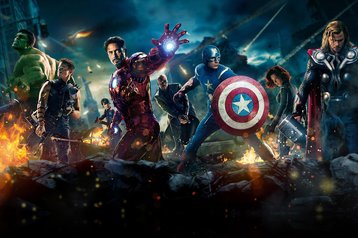 DigitalOcean, Linode, OVH, Packet, Scaleway and Vultr were the first to get together to tackle the Meltdown and Spectre vulnerabilities on their platforms, and were later joined by Exoscale, Nexcess and prgmr.com, Techcrunch reports.

Today, AWS, Tata Communications and core members of the Red Hat and Ubuntu teams joined the group as well.

Edouard Bonlieu, VP for marketing strategy at French hosting provider Scaleway, originally contacted Packet and OVH about sharing information and the agreement spread from there. The companies established a Slack channel to keep each other informed as fixes became available.

Scaleway explained in a Tweet: “Due to the incomplete information provided by hardware manufacturers, we joined forces with other impacted cloud providers including @linode, @packethost and @ovh to share information and work all together.”

Nathan Goulding, Packet’s SVP of engineering, told Techcrunch: “Not being part of the select group that received advance notice of Meltdown and Spectre, we’ve been playing catch up.

“Banding together with the folks at Scaleway, OVH and others has allowed us to short circuit a painfully slow game of telephone and provide our customers with as much detail as possible as they try to understand where and how their systems may be vulnerable.”

Yann Léger, SVP at Scaleway added: “Working with other cloud players is one of the best decisions we’ve made so far to mitigate the issue in the most accurate way.”

The story is still developing, with reports coming in of some users suffering performance issues after applying security patches.

Over the weekend, video game publisher Epic Games claimed the patches were the reason for people struggling to log in or remain connected to Fortnite, a co-op sandbox survival title.

“All of our cloud services are affected by updates required to mitigate the Meltdown vulnerability,” the game’s developers said in a forum post.

“We heavily rely on cloud services to run our back-end and we may experience further service issues due to ongoing updates.”

They added: “The following chart shows the significant impact on CPU usage of one of our back-end services after a host was patched to address the Meltdown vulnerability.”