Qcloud, the cloud arm of Chinese Internet giant Tencent, is opening its first North American cloud center - in a building that once housed the security for G20 World Summits in Toronto. 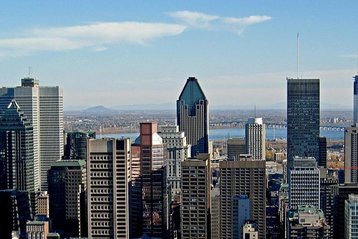 The Qcloud services will be provided from space in a data center in Barrie, in the Northern outskirts of Toronto. The building once served as the National Comprehensive Security Building (of Canada) and as the Security Command Center for the series of World Summits that took place in the city. It is also hosted Canada’s first public cloud, according to reports.

Toronto is experiencing a boom as a data center hub, and the Cogeco site claims to be constructed to “Tier III+ standards”, with high bandwidth network resources, and speedy connections to Europe, the Middle East and - of course - China.

The site uses Schneider’s Ecobreeze cooling system, which combines fresh air cooling, free water-based cooling and compressor cooling. When the environmental temperature falls to a certain point, the system will be automatically switched to free cooling mode. Toronto’s cool climate means the facility can use free cooling for 330 days each year, achieving a PUE of 1.2, which makes it one of the most energy efficient sites in North America.

In the Barrie site, the Qcloud data center shares space, technical architecture, and operation expertise with Tencent’s existing North America data center which was built in 2013 to provide overseas support for the Chinese Internet giant’s applications including the very successful QQ online chat and WeChat instant messaging services, which have more than 100 million.

Once the Qcloud data center in North America is online, Qcloud is also expected to offer cloud services to those global QQ and WeChat customers.