Says system is very much a means to an end

The People’s Republic of China is seeking out a contender to build the world’s first exascale supercomputer, which it says will be dedicated to advancing the country’s maritime expansion.

Capable of one exaflops (a billion billion floating point calculations per second), such a system would be a thousand times more powerful than the first petascale machine built just nine years ago.

China presently holds the title for two of the world’s top supercomputers, with the 93-petaflops Sunway TaihuLight, followed by 33-petaflops Tianhe-2.

Initially, the country planned to reach exascale by 2020, but has since reported that it is now planning to do so as early as 2019 in order to support ocean research in the South China Sea.

The country will be funding at least three competing exascale prototypes, the contenders being Sugon (formerly the Dawning Information Industry), the People’s Liberation Army National University of Defense Technology (NUDT), which is behind the Tianhe supercomputers, and Sunway, who built TahiuLight. 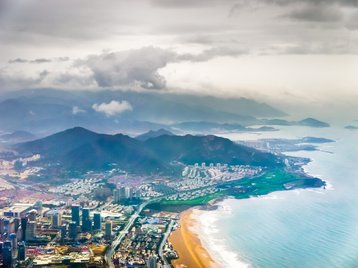 People involved in the project reportedly suspect that the city of Qingdao, the largest port in Shandong, is a likely candidate for the hyperscale facility, as it is home to the most ocean-related research institutes on the Chinese coast and is the chosen location for the world’s largest marine data center, currently under construction.

China has doubled down on maritime strategy in the past five years, after Xi Jinping promised to turn the country into a “maritime superpower” in a 2012 speech, in order to spread the influence of China around the world.

According to An Hong, a professor of computer science with the University of Science and Technology of China, this is what is driving the country to build the first exascale computing system.

She told the South China Morning Post that “the most important question to us is not whether China can build an exascale computer, or how fast, but why,”

“There is indeed a race among nations on supercomputers, but this is not our concern. Our concern is the ocean.”

Since 2012, China has not only asserted its ownership of territory in the South China Sea contested by Vietnam, the Philippines, Taiwan, Malaysia and Brunei, but it has also built military bases in East Africa and Pakistan; Chinese nuclear submarines on anti-piracy patrols have been spotted throughout the Indian Ocean and Asia Pacific regions, an indication of the country’s growing arsenal.

It also invested heavily in deep-sea mining for volcanic sulphide deposits containing copper, zinc and precious metals including gold and silver, and has plans for significant maritime infrastructure investments, with its $900bn Belt and Road development plan set out by Chinese President Xi Jinping in 2013.

It is thanks to all of these undertakings that China hopes to collect and process vast amounts of data located in military bases, vessels, and monitoring facilities (such as buoys, satellites and sea floor sensors), which researchers say will help it create comprehensive simulations of the ocean and solve complex problems it may be faced with.

Feng Liqiang, operational director of the Marine Science Data Centre in Qingdao said “It will help, for instance, the simulation of the oceans on our planet with unprecedented resolution.”

“The higher the resolution, the more reliable the forecast on important issues such as El Nino and climate change.”

“It will give China a bigger say over international affairs.”

TaihuLight, currently the fastest supercomputer in the world – YouTube

Not so fast, China

But despite the country’s highly ambitious plans, China still has a way to go before it can rival the US in terms of maritime strength. The US still gathers significantly more oceanic data than China does, and has been doing so for much longer. Plus, whereas American research institutions pool their research, the Chinese tend to be protective of their own work - as much for reasons of private asset rivalry as out of fear that information will suffer breaches and leaks, which are a threat to national security.

As well as a lack of available data, researchers fear that even with an exascale computer, the country does not have the necessary software to process it at such high speeds.

And even if it did, the US, the EU and Japan aren’t far behind China in developing their own hyperscale systems. In June, the United States’ DoE awarded AMD, Cray, HPE, IBM, Intel and Nvidia contracts worth $258m for HPC research, expecting to reach exascale between 2021-23.

And earlier this month, The Oak Ridge National Laboratory began installing what will likely take away TaihuLight’s title: ‘Summit,’ a 10MW system developped by IBM, comprising 4,600 nodes, each with six 7.5-teraflop Nvidia V100 GPUs and two IBM Power9 CPUs, which is expected to reach a peak performance of over 200 petaflops, making it the fastest supercomputer in the world, at least for now.