The Canadian government has advised public bodies on the “right cloud” approach, advising for top secret and secret data to be stored within the country’s borders and classified information to be stored in the cloud but within Canada.

The plan makes its data residency recommendations based on three levels of classified data the government organizations could encounter. Unclassified information can be stored anywhere on the provison that it is encrypted when it crosses a border.

According to The Whir, however, storing data in Canada does not guarantee it will remain in the country - the publication points to research conducted by the University of Toronto in 2015 that suggested Canadian data routinely passes through US routing hubs. 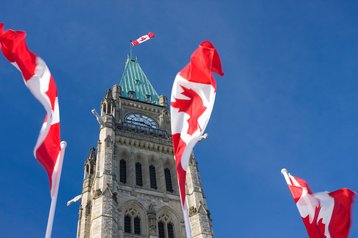 Data stored in Canada passes through US routing hubs, according to research conducted by the University of Toronto  – Thinkstock/ Vladone

The government document was published along with the Security Control Profile for Cloud and Right Cloud Selection papers, which together form the complete portfolio of advisory materials for cloud migration.

The plan was developed following a consultation with provincial governments and more than 60 industry organizations over two years.

It was released for public consultation by Canada’s Treasury Board, with a deadline for responses of September 30.

The Cloud Adoption Strategy document advises public sector organizations to consider the value of moving to the cloud on a case by case basis.

It said that the plan establishes “an approach to cloud adoption recognizing that no single cloud or non-cloud deployment model can meet all of the Government of Canada’s requirements”.

Cloud computing allows users to rent virtualized systems owned by providers such as Microsoft and Amazon. Such a strategy would allow the government to pay only for the capacity it requires, instead of paying more to build own, pysical IT infrastructure.

The Canadian government has made repeated attempts to cut the cost of its digital infrastructure over the recent years. Shared Services Canada was formed in 2011, tasked with streamlining the government’s infrastructure down to a handful of data centers, such as the one in Base Borden, from the nearly 500 it currently uses.

However, the project has been beset by delays as both the cost of the transition and its anticipated timeframe have grown.

In addition, the government’s move to bring all its departments under a Canada.ca web address has caused at least one federal department to go over budget amid increasing workloads, the Ottawa Citizen reported yesterday (August 2).