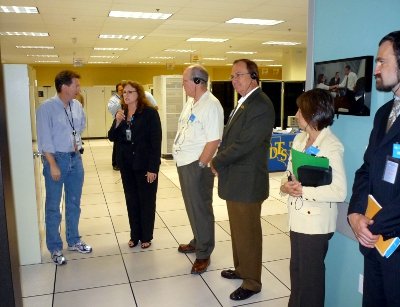 Continuing its aggressive IT consolidation program that aims to rein in infrastructure spending, the State of California’s government has adopted a ÔÇ£virtualization firstÔÇØ policy for all future expansions of server capacity.

Earlier this week, the state’s acting CIO Christy Quinlan issued a new statewide policy, requiring all executive-branch agencies in need of a capacity increase to make every effort to virtualize existing servers before purchasing new equipment. The policy is expected to maximize utilization of existing hardware and reduce acquisition and maintenance costs.

ÔÇ£Within California State Government, the past practice was to dedicate one physical server to a single workload, which resulted in chronic underutilization, an expanding data center footprint and excessive data center power consumption,ÔÇØ read the policy letter announcing the new rules.

From this point on, ÔÇ£Agencies shall utilize virtualized server environments ÔÇª for new workload, increases to existing workload and server refreshes.ÔÇØ Newly purchased physical servers are required to use virtualization to maximum efficiency.

Many of the state’s agencies have been using server virtualization to increase capacity and reduce physical footprint for several years. The practice has reportedly resulted in measurable success.

The government has gone from running an estimated 10,000 servers in 2008 to about 8,000 today. Office of the state CIO attributes this decrease directly to the use of virtualization technologies.

California’s strong IT consolidation push began in early 2010 with an executive order of former governor Arnold Schwarzenegger, requiring the government to reduce the total amount of energy consumed by IT and telecom equipment by 20 percent by July of next year and by 30 percent by July of 2012.

The mandate also required that the amount of data center space used by the state be reduced by 50 percent by July 2011.