Budapest to process data for CERN 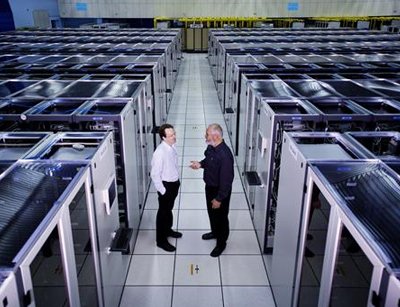 The data-processing center for CERN will be housed in Budapest, Hungary, which won the tender for the US$185m supercomputing project.

According to a blog post by the Wall Street Journal, Hungarian Development Minister Zsuzsanna Nemeth made the announcement at an event to launch the project.

CERN – the European Organization for Nuclear Research – was developed in 1954 to provide collaboration between EU states in the area of nuclear research for scientific purpose.

CERN operates the Large Hadron Collider and the new data center will process information from this facility.

The organization has been behind other projects including the world’s first proton to proton collider – the Intersecting Storage Rings built in 1971,  the Super Proton Synchrotron, which at 7km in circumference which can handle particles today at up to 450 GeV, and the Large Electron-Positron collider.

According to the WSJ report, the new data processing hub, which CERN hopes to open by 1 June 2013, will be used to process huge amounts of data collected through CERN research experiments at facilities such as those mentioned above.

It will also be used to boost capacity for other science projects around the world.

As far as data processing capacity goes, it will have enough bandwidth to transfer 2,000 MP3 music files every second or send a digitized version of four million volumes in the central Library of Hungry in 15 minutes.

Tenders have not been called for the project but according to the WSJ blog post interested parties will soon be called up for compute infrastructure contracts.