Trade secret showdown, with the reputation of Open Compute in the balance

The British company claims that it shared some of its modular data center ideas with the social network giant, believing it would enter into a business partnership, but instead Facebook used the designs in its data center in Luleå, Sweden, and published them on the Open Compute Project blog. Facebook denies the allegations, and earlier this year attempted to get the case dismissed. 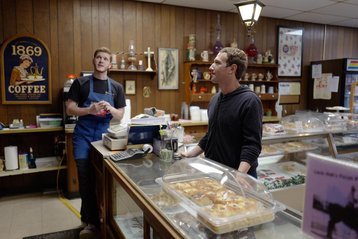 See you in court

In a pretrial order, Judge Davila set the deadline to complete fact discovery on May 18, with an extension until July 28 for some depositions. In August, the parties will meet for a pretrial conference, and in March next year jury selection will begin.

There is still time for the two parties to settle out of court, but the original lawsuit was brought by BladeRoom Group in 2015, and there is yet to be any sign of agreement.

BladeRoom alleges that its modular data center technology - licensed from Bripco, a separate company that employs many of the same senior staff and is also a plaintiff in the suit - was repeatedly shown to Facebook employees as they discussed a partnership.

It also claims that it demonstrated some technology to Emerson and Emerson Network Power (now Vertiv), but believed the meetings were separate. Instead, it alleges, “Facebook and Emerson did engage in a ’pre-arranged, clandestine meeting’ in London on June 21, 2012, and ’compared notes’ on what each had learned from their meetings with BRG.”